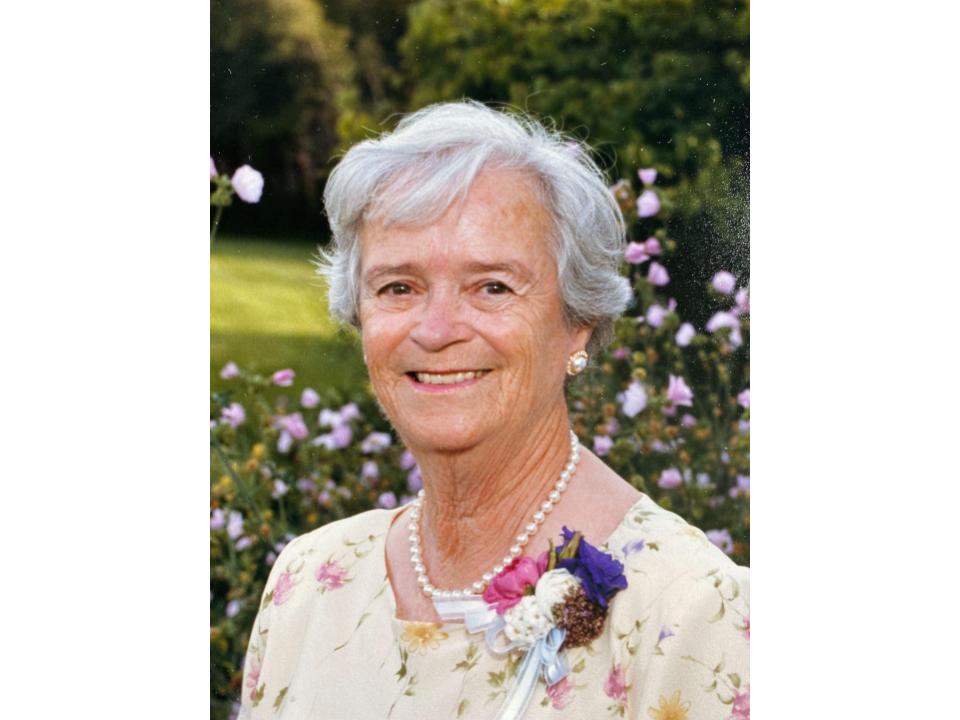 Mary Louise (Carr) Gannon, 89 died on September 30, 2022 with her family by her side in Bennington, VT.  She was the wife of the late Kenneth R. Gannon.

She was born January 22, 1933 in Lynn, MA to Walter E. and Bertha (Doucette) Carr, and grew up in Swampscott.  Mary Louise was a graduate of Swampscott High School, class of 1950 and Regis College in Weston, class of 1954.

Mary Louise and her late husband Ken lived on Marblehead Neck for over 45 years.  Mary Louise loved being a wife, mother and homemaker.  She enjoyed tennis and boating at the Eastern Yacht Club, and later in life she found joy in golfing at Tedesco Country Club.  She was active in the Marblehead Neck Garden Club, liked playing bridge and meeting with friends. She was a communicant of Star of the Sea Church.

Mary Louise is survived by her son John Gannon and his wife Crista of Wilmington, VT as well as four grandchildren: John, Katherine, Max and Olivia.  She was preceded in death by her daughter, Mary Gannon as well as her three sisters: Marion E. Carr, Ruth E. Connell and Ann E. Brown.

The family will receive friends from 12:00 p.m. to 1:00 p.m. on Saturday, October 29, 2022 at Eustis & Cornell of Marblehead, 142 Elm Street, followed by a funeral service at 1:00 p.m. and then by interment at  St Mary’s Cemetery in Lynn.   Fond memories and expressions of sympathy may be shared at eustisandcornellfuneralhome.com for the Gannon family