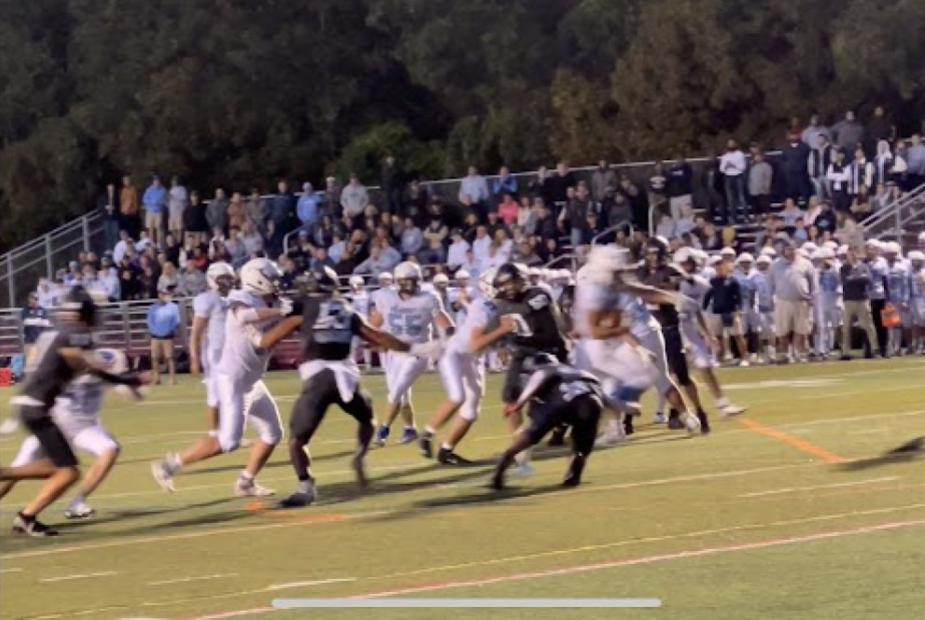 One week after seeing their state-best 23-game winning streak snapped against a talented and determined Peabody Tanners squad, the Marblehead High football team will look to get back on track this evening when the Chieftains from Masconomet Regional High School visit Piper Field.

After overcoming painful tragedies off the field and injuries that sidelined several top contributors to begin the 2022 campaign with three wins and no defeats, Coach Jim Rudloff’s Magicians were a couple of plays away from an even first half before collapsing after halftime as Peabody drubbed the home team 40-7.

When a team is the defending Division 3 Super Bowl Champions and has won every game for nearly three calendar years, that team should expect each opponent’s best effort—and that is certainly what Marblehead faced against the 19th ranked Tanners.

“Peabody has a very good team,” said Coach Rudloff. “They played their best game to date, and we played our worst. [These are] two teams that have been traveling on opposite trajectories this season. The result was very disappointing for us.”

The game started strong for both offenses, with Peabody opening with a 73-yard touchdown drive to establish an early 7-0 lead. Not to be outdone, Marblehead came right back, marching 76 yards in fewer than four minutes when senior running back Eddie Johns scored from two yards out to knot the score at 7-7. Key plays on the drive included a 40-yard completion from quarterback Miles Oneill to receiver Ryan Commoss, a 20-yard pitch and catch from Oneill to Shane Keough, and a 20-yard scamper by Oneill on third down from the Peabody 26-yard line.

Perhaps a harbinger of things to come, the Magicians had to overcome a 15-yard penalty for unsportsmanlike conduct before hitting paydirt on their first drive. It was the first of many uncharacteristic mistakes that Marblehead players would make throughout the night, including additional penalties, blown pass coverages on defense, and poor snaps and dropped passes on offense.

On their second drive, the Tanners responded with another long touchdown march, this one capped by a seven-yard touchdown run by senior running back Alan Paulino. At the end of the first quarter, Peabody led 14-7.

Marblehead’s second drive early in the second quarter began with great promise, as a completed pass to Connor Cronin—who had to endure double coverage throughout the game—and a Peabody pass interference penalty on a throw intended for Keough quickly moved the ball to mid-field. However, the Magicians could advance the ball no further after narrowly missing on pass attempts to Keough and Cronin. A high snap on 4th down rushed punter Greg Motorny, resulting in a shanked punt that traveled only 20 yards.

Marblehead forced a punt on the Tanners' next drive, and the Magicians took over at their own 30-yard line. Marblehead looked poised to tie the game when Oneill threw deep to a streaking Brooks Keefe, but the junior wide receiver had the ball glance off his pads and fall incomplete. It was the kind of play in which–if given 10 attempts to duplicate it–the talented Keefe likely would make that catch nine times. The Magicians drive ended after Oneill’s quarterback keeper came up short on 4th and 9 at the Tanners' 34-yard line.

Peabody quickly advanced to Marblehead’s 20-yard line before the Magicians defense stiffened. Peabody faced a 4th and 2 and elected to keep their field goal kicker on the sidelines and pitched the ball to Paulino, who ran the ball to the Marblehead five-yard line. A four-yard touchdown pass from Peabody’s talented signal caller, Shea Lynch, to wide receiver Danny Barrett expanded the Tanners’ lead to 20-7, but Marblehead’s Cronin blocked the point-after attempt. The first half ended with a desperation heave from Oneill that fell incomplete, and the Magicians retreated to their locker room knowing they would have to play a great second half to overcome Peabody and extend their winning streak for another week.

But Peabody proved to be too good on this night as they dominated the second half. With Marblehead still hoping to get back into the game early in the third quarter, it appeared their spirit was broken when a pass intended for Peabody’s Jayce Dooley glanced off his hands in the direction of fellow Tanners’ wide receiver Eli Batista who alertly caught the ball in stride and sprinted to the end zone for a 41-yard touchdown and a 27-7 lead. It was all Peabody from there, as the Tanners scored two more times while blanking Marblehead in the second half. In doing so, Peabody ran their record to a perfect 4-0, while besting their opponents by a cumulative score of 155 to 15.

Asked after the game to share some of what he told his team in a lengthy post-game huddle, Coach Rudloff said, “Little things add up. Sometimes when you are winning you feel you can ignore the little details. I may not have run a perfect route, but I caught the ball, or I may have aligned incorrectly but fortunately they ran the other way. That eventually catches up. Against Peabody our lack of detail at our jobs really bit us in the rear.”

Rudloff has undoubtedly been preparing his team all week for another tough challenge from Masconomet ("Masco"), which comes to Marblehead surely seeking revenge for last year's bloodletting. After the pandemic pushed the 2020 season into the spring of 2021, the Magicians and Chieftains played four times last year. Marblehead won on each occasion, including a 21-7 victory in the Elite 8 round of the 2021 playoffs.

Marblehead Beacon asked Coach Rudloff how he expects his team—which has displayed tremendous mental toughness this season while continuing to grow an impressive winning streak—will handle the adversity of a lopsided loss. “We'll see, I guess,” said Rudloff. “This team had much more to deal with so early in the season, it is unfortunate.  But that also mirrors life. Every program is dealing with different degrees of adversity and challenge. A good team finds a way to become stronger because of that adversity. They don't use the adversity as an excuse.”

Rudloff pointed out that Masco presents similar challenges to those presented by Peabody, noting that the Chieftains feature a very good senior quarterback, quality receivers, and bigger players on the line of scrimmage.

The one piece of good news after last week’s game: Coach Rudloff reported that, aside from damaged pride, his banged-up squad didn’t suffer any new injuries against Peabody—and reinforcements may be on the way as some players injured earlier in the season may soon return to action.

Fans of the 2007 near-perfect New England Patriots know that it is exceedingly difficult for a great football team to remain undefeated on the road to winning a championship. The 2022 Magicians may not match last season’s magical perfect season, but the team’s goals of becoming a playoff team and competing for another championship with the state’s best teams in Division 3 remain within reach.

That effort starts tonight as Marblehead aims to get back to its winning ways. 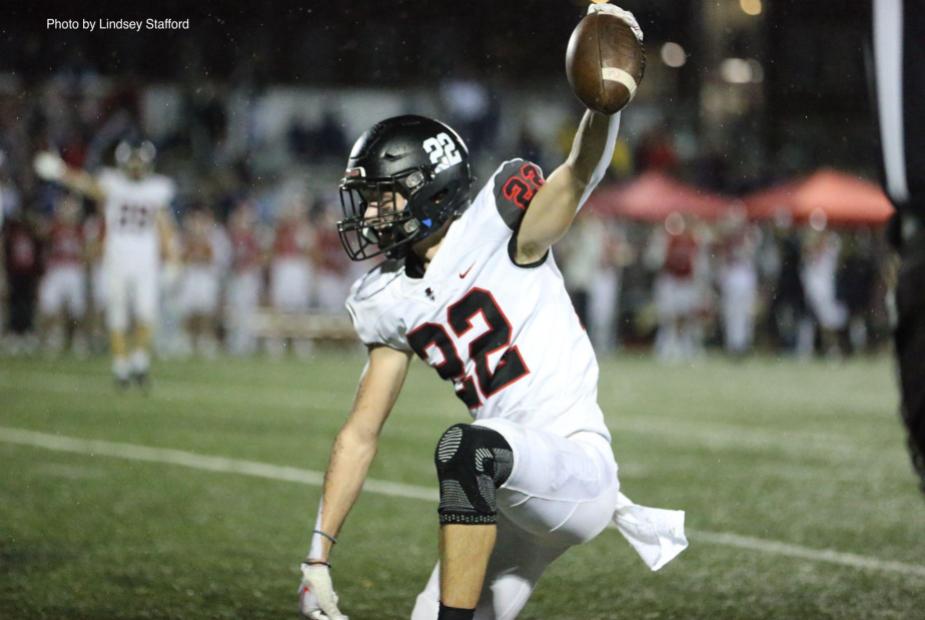 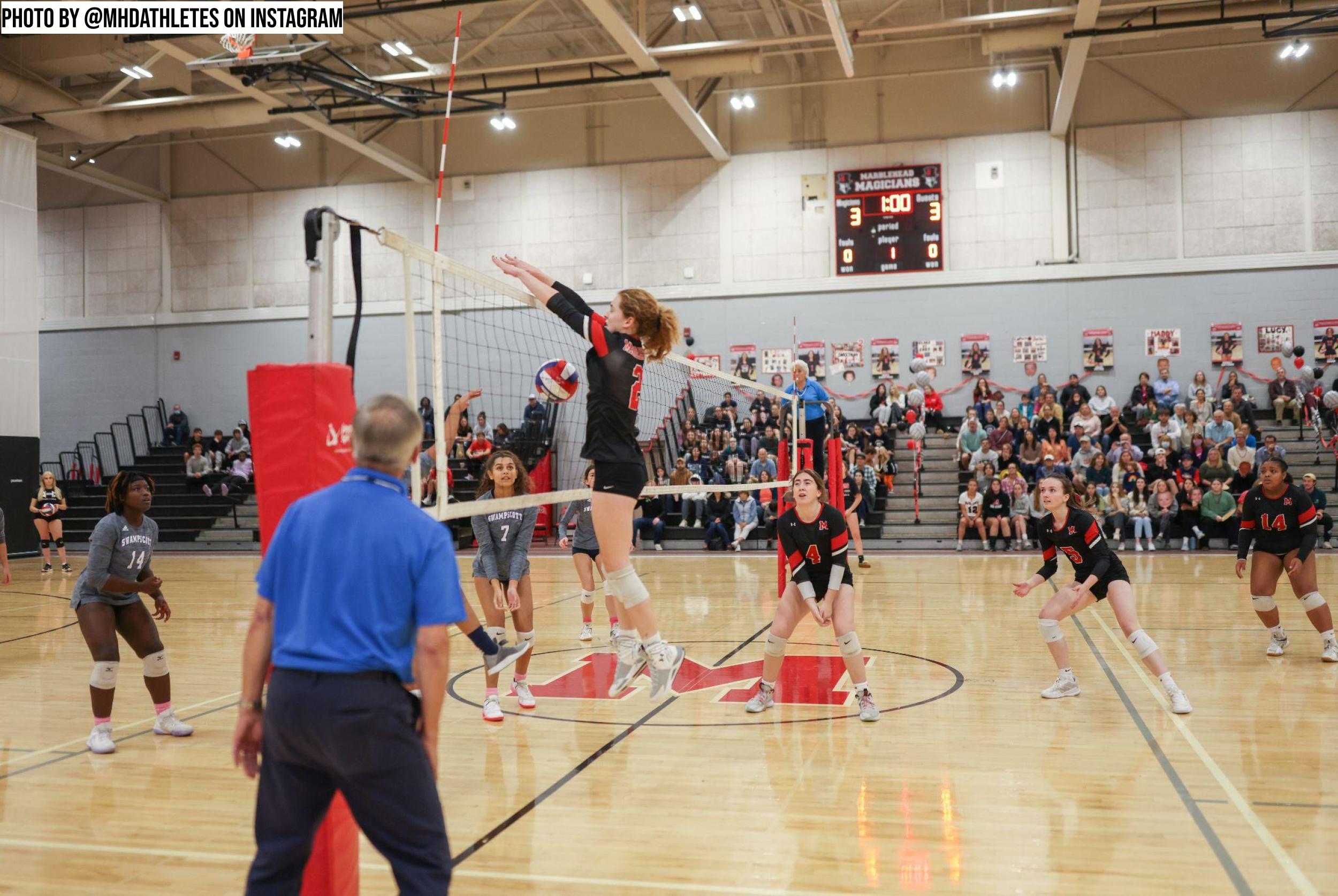 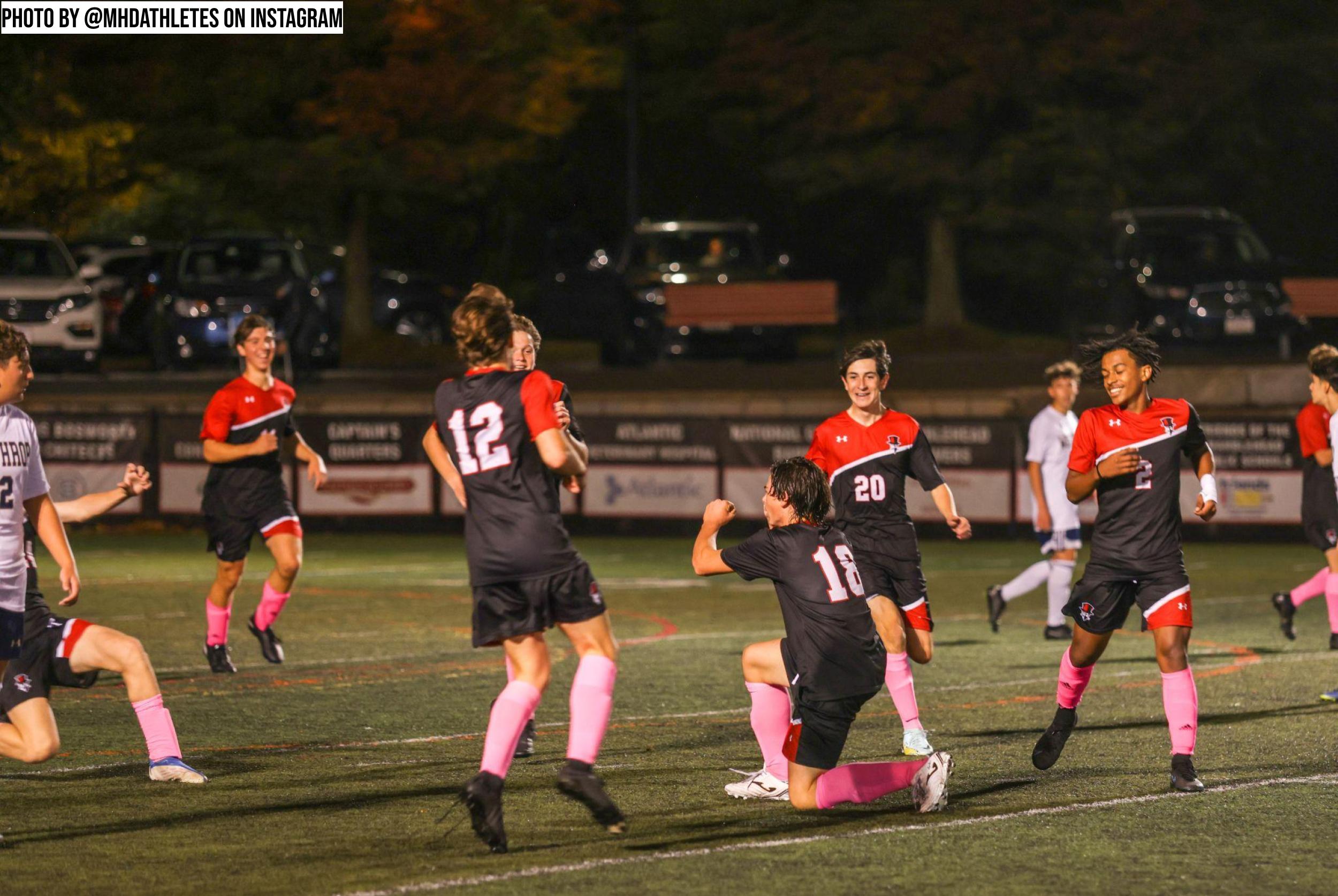 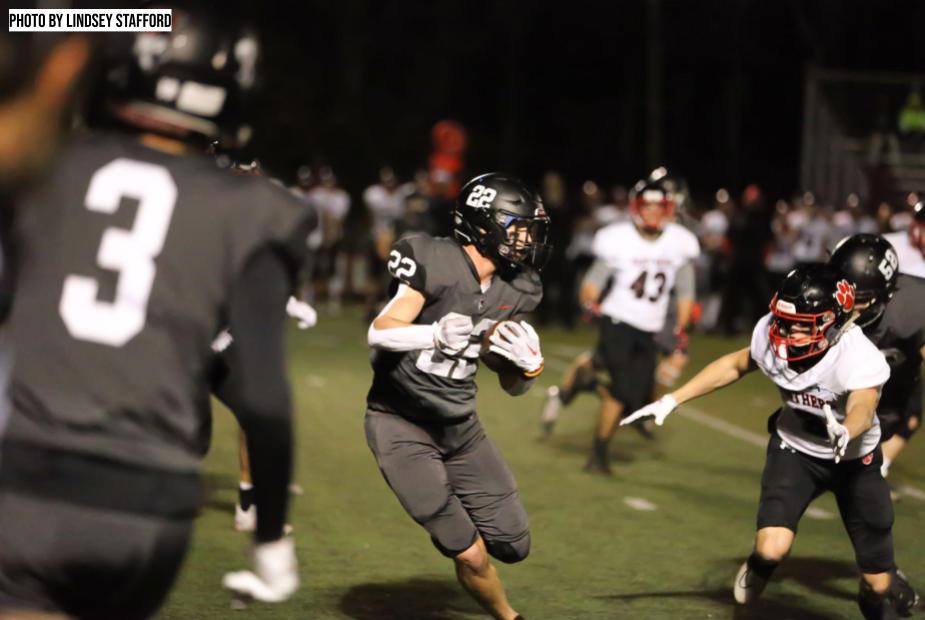 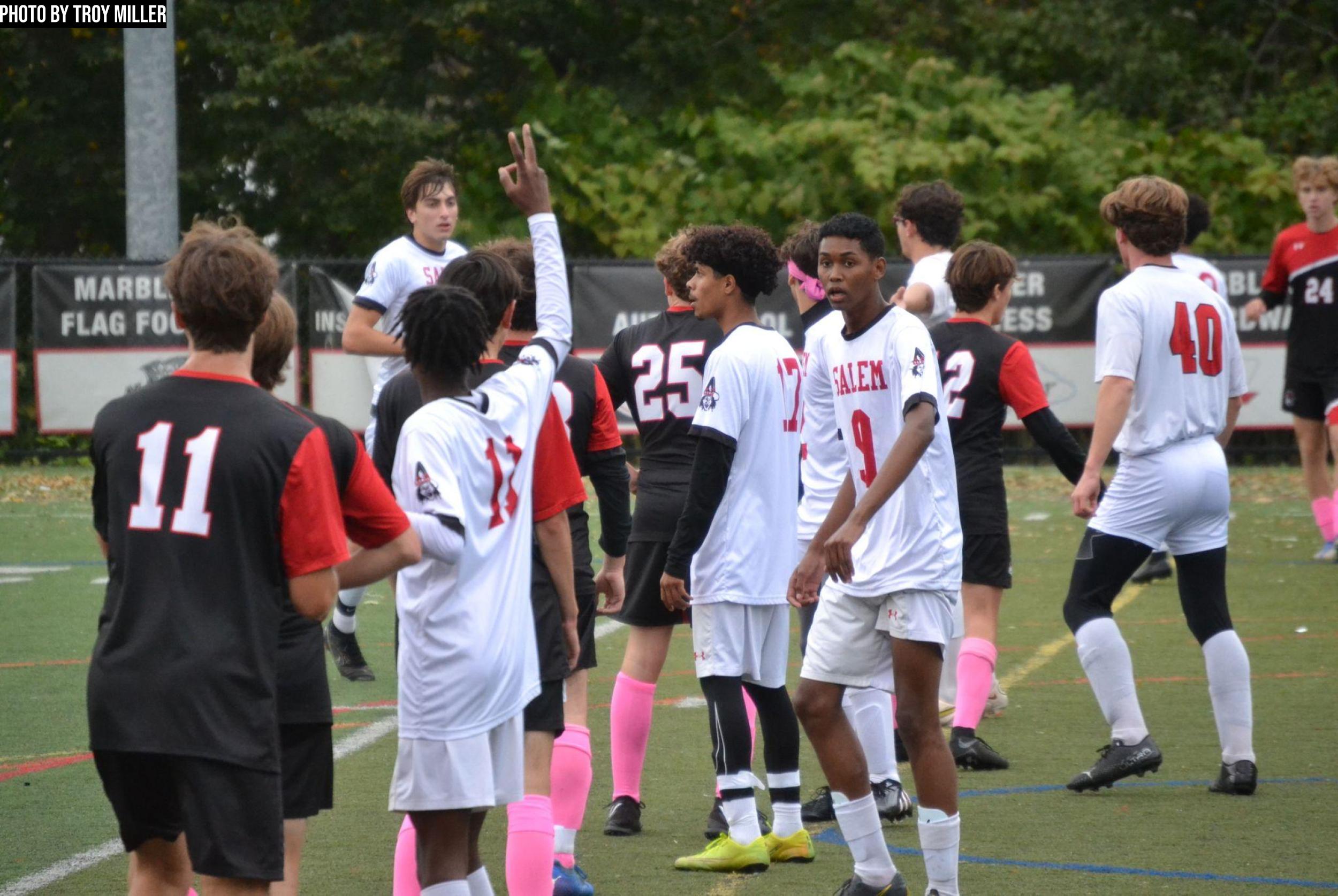