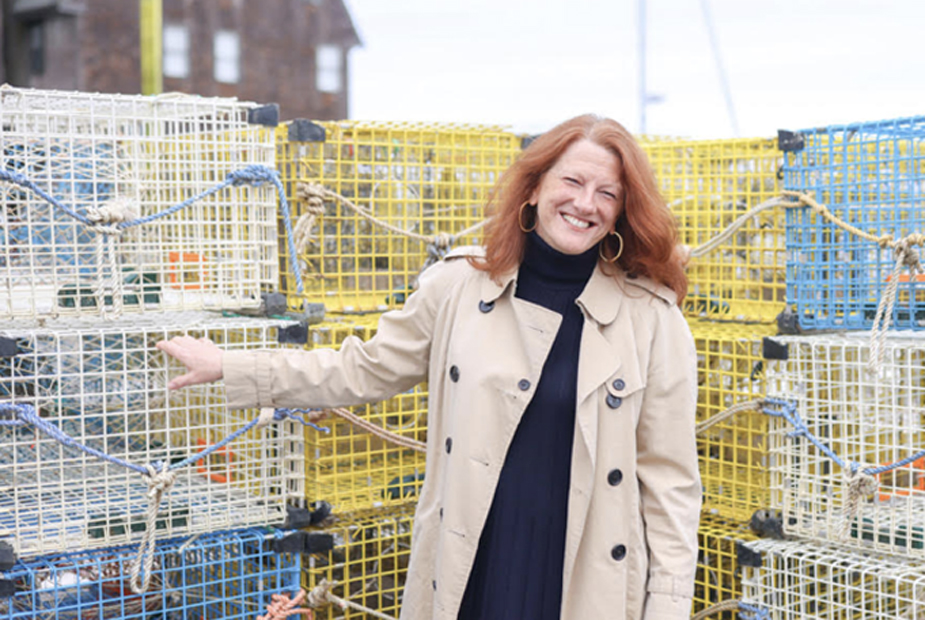 Armini's Opponents Respond to Her Announcement About Lobbyist Contributions

UPDATE and EDITOR’S NOTE: This article was updated on August 10, 2022 at 10:30 AM to reflect the addition of Terri Tauro's statement in response to Jenny Armini's announcement and at 11:36 AM to reflect Tristan Smith's statement.

This article was updated at 5:05 PM on August 9, 2022, to reflect the statements of several candidates who responded to Marblehead Beacon’s inquiry this afternoon following the Armini Campaign’s announcement. See below under UPDATE for the latest. Additionally, one paragraph was added in the body of the article regarding Doug Thompson’s donor reporting timeline.

Earlier today, Jenny Armini, candidate for State Representative of the 8th Essex District, announced that she was refunding 14 of her donors a total of $3,200 because they are registered lobbyists. “This campaign is a reflection of my values and how I will lead at the State House,” said Armini, “I am responsive to the people of this district and only the people of this district,” she added.

Marblehead Beacon reached out for comment from the five other Democrats in the race, and will update this article as we hear back. Swampscott’s Tristan Smith raised nearly $9,000 from 47 registered lobbyists through the end of July. An examination of the Secretary of State’s Office of Campaign and Political Finance (“OCPF”) records detail the extensive lobbyist support for the 26-year-old, who leads the field in fundraising thus far. According to Massachusetts state law, a registered lobbyist may donate no more than $200 per election cycle. The majority of Smith’s lobbyist donations are for this maximum amount.

Earlier in the race, when Marblehead Beacon was preparing to run a story about the candidates’ fundraising positions and sought comment from Swampscott candidate Doug Thompson about lobbyist money he’d received, Thompson elected to return the donations from the lobbyists who’d contributed to his campaign. Just recently he returned the full amount, totaling several hundred dollars.

Since that time, Thompson has been vocal in a candidate forum and in his door-to-door efforts about his pledge to reject contributions from lobbyists. At the time Marblehead Beacon ran the in-depth fundraising story, Armini and Smith had accepted money from lobbyists, with Smith holding a large lead in lobbyist-funded monies raised. To date Smith has raised more money from lobbyists than all candidates combined, including all monies returned from Armini and Thompson.

Thompson’s OCPF reports are the only one of the six candidates’ reports that do not contain any donor details for the month of July, so Marblehead Beacon cannot independently verify whether he is following his own pledge. Pursuant to state rules concerning donations, July’s receipt breakdown for the campaigns are not required to be reported until shortly before the September 6th primary. Accordingly, Thompson’s campaign is operating within the financial disclosure rules whereas the other five have elected to report their donations well before the deadline.

Marblehead’s Terri Tauro has raised no money from lobbyists, but has ten unions or union officials who have donated a total of just north of $4,000. Swampscott’s Polly Titcomb, according to OCPF reports filed through July 31st, has received no donations from registered lobbyists, and neither has Diann Slavit Baylis.

UPDATE: As of 5:05 PM on August 9, 2022, three candidates–Polly Titcomb, Diann Slavit Baylis, and Doug Thompson–had responded to Marblehead Beacon’s inquiries following Armini’s announcement earlier today. All three candidates will not accept lobbyist money, and both Slavit Baylis and Thompson have asked for a commitment from the remaining candidates to make a pledge to do the same.

Titcomb responded to Marblehead Beacon with the following statement pertaining to Armini’s announcement:

“I have not accepted any lobbyist money to date, nor do I intend to receive lobbyist contributions. I have respect for any candidate's decision to return lobbyist contributions, but I do question the underlying motivation behind such a decision when there is a significant delay between receipt and return of the same.”

"I believe that this district would be best represented by someone who is not tied to the lobbyists and special interests on Beacon Hill.  We need an independent voice whose only loyalty is to the residents of the 8th Essex District. I have neither sought nor accepted lobbyist contributions in this race, and I think anyone who has should give them back. All of my contributions have been from individuals and local Democratic Town Committees, and to ensure transparency all have been publicly disclosed including occupation and employer, beyond what is required. I call on my opponents to do the same."

Thompson responded with the following:

“I am heartened to hear that Jenny Armini has decided to follow my leadership on the issue of not taking campaign contributions from lobbyists that I called for at a candidate forum two weeks ago. Lobbyist influence is at the root of our political problems and has to be weeded out so we can make real progress for the people of this district, not the special interests.

I call on all candidates in this race to join me in not taking lobbyist contributions. As noted in the above reporting, Tristan Smith has received contributions from almost 50 different lobbyists– including oil, gas, pipelines, defense and many other interests directly opposed to the progress we need to make in fighting climate change and improving health.”

"I am not taking lobbyist money and I believe I am the last candidate that the lobbyists would try to back. I do not need to take a pledge. I am surprised that a few of the candidates said they were not taking lobby money at the LWV forum when in fact they have. I am focused on my own race and my message of representing working families."

Smith responded with the following:

"As I said, on August 3, in response to your questions about my fundraising: 'I am grateful for the contributions that I have received to date because they allow me to continue to get my message out, which is that I am the candidate who will bring the necessary passion and purpose to Beacon Hill to effectively advocate on behalf of Marblehead, Swampscott, and Lynn.'”

Editor's Note: Smith and Tauro had not responded as of the publication of the August 9, 2022, 5:05 PM update, but Tauro provided a statement that evening as reflected above.

Editor’s Note: The author of this story, Lena Robinson, and her family have been close to Jenny Armini and her family for more than 25 years. Robinson’s husband, Dwight Robson, has donated to Armini's campaign. Marblehead Beacon co-founder Jenn Schaeffner is on the steering committee of the group PowerUP!, on which Terri Tauro serves. Prior to launching Marblehead Beacon, Schaeffner contributed to Tauro's campaign.