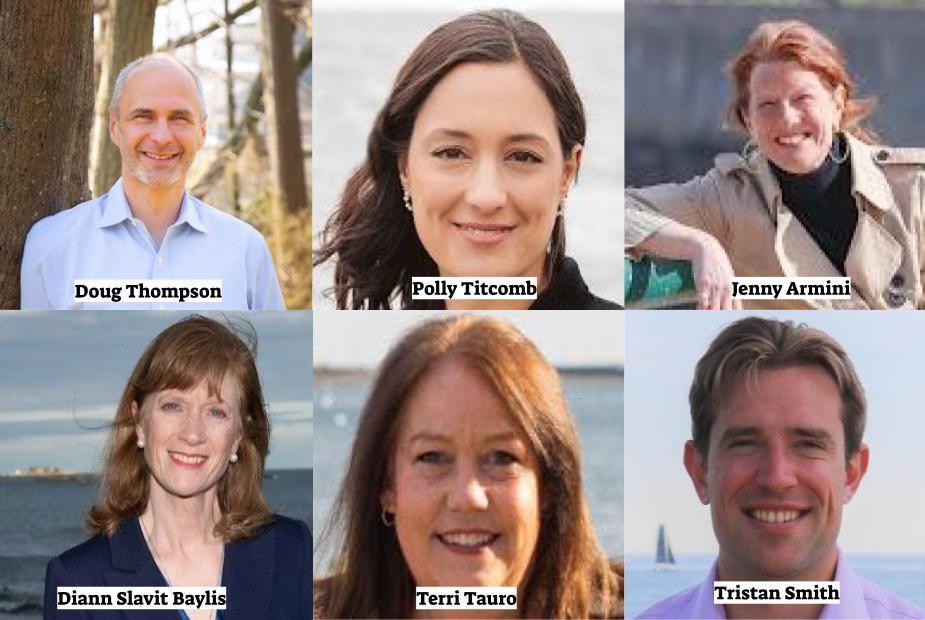 Editor’s Note: With only eight days left until the primary, and with early voting and mail-in voting taking place right now, Marblehead Beacon wants to make it clear that the polls we conduct are unscientific. With respect to the poll below, it asked a straightforward question about just one race in the upcoming election, and had no nuance or layers to it, and no professional pollsters behind it. It was not intended to influence any election outcomes; it was intended merely to reflect an unofficial snapshot of a brief period in time of our readers’ favored candidate.

Additionally, while our news outlet has been promoted in other areas in the district outside Marblehead, we recognize that likely 8th Essex District voters not residing in Marblehead may not have seen or participated in our poll, which could have resulted in fewer votes for the Swampscott candidates.

With all the above in mind, it is our sincere hope that, to the extent any Marblehead Beacon coverage of any political race influences voters, it will only be based on our substantive content. Our poll results should not be considered a reliable metric on general voting patterns, nor should it influence future voting.

Last week Marblehead Beacon ran a poll that lasted several days. In it we asked readers the following:

If you plan to vote in the September 6th primary, or if you have already voted by mail-in ballot, for whom among the 8th Essex District State Representative candidates will you/have you voted?

The options for answers included a category for each of the six candidates, and also a category for those unable to vote in this primary race due to Republican enrollment.

The poll results included 474 participants and broke down as follows:

6th Place: Those who cannot vote in the Democratic primary due to Republican enrollment: 20 votes/4.2% 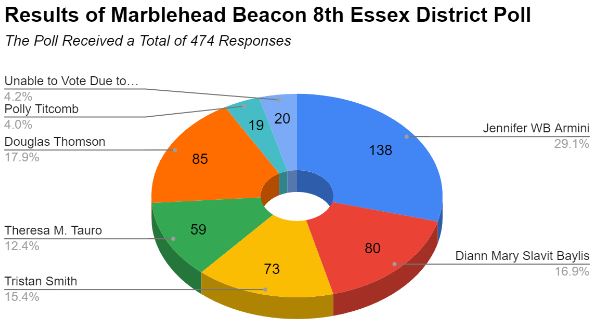