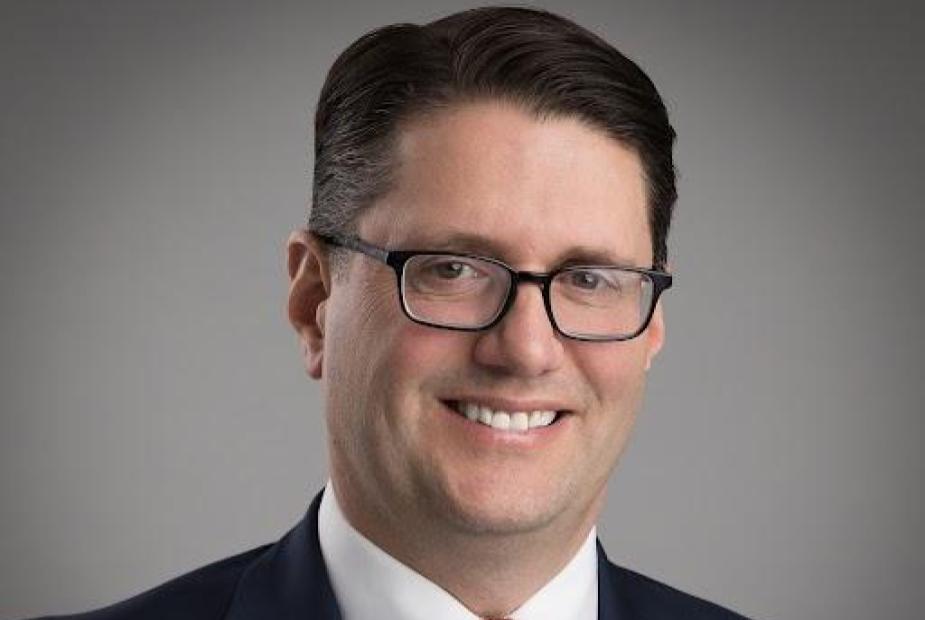 DA Candidate James O'Shea: "I've Been Training for This Job for 24 Years"

A practicing criminal defense attorney for two-and-a-half decades, James O’Shea, 50, is ready to switch sides and become the District Attorney (DA) for Essex County. “I’ve been training for this job for 24 years in my own practice,” O’Shea says of his candidacy. Jonathan Blodgett, the current DA, announced last year he would not be running for re-election. “I’ve watched how the office has been run,” says O’Shea, “and I have been through many other counties, and have been able to observe what’s working and what’s not working, and I know I can make a difference in this job.”

O’Shea lives in Middleton with his wife, Tara, two grown daughters who attend Northeastern and Boston University, respectively, and their family dog, Luna. In his decades spent practicing civil and criminal law, he has been lucky enough to have a mentor who supported him through every life transition, and showed him what it meant to be an outstanding lawyer, O’Shea says. Just days before our interview, O’Shea’s mentor–Casimir “Cas” Lopata–died suddenly. “I’ve never practiced law without him,” notes an emotional O’Shea.

Adjusting to Attorney Lopata’s absence will take time for O’Shea, but he continues to navigate the work at his two-attorney law practice, Moris & O’Shea, while running his campaign for DA. He has a clear vision of what he believes should change in the office of the DA. Among the most pressing issues to him is something he contends is problematic in general but also a matter of social justice: Dangerousness hearings, also known among attorneys as 58A hearings. Under Massachusetts law, during a pre-trial period for certain serious alleged crimes such as violent felonies, if a defendant is believed to be too dangerous to be released before trial, the DA’s office may seek to have a hearing before a judge to determine if the individual should be held without bail. Defendants are entitled to legal representation for such hearings.

According to O’Shea, our county overuses this mechanism and bases its decisions for selecting 58A cases on the nature of the crime rather than the underlying facts of individual cases. Every case with the same charge brings a “completely different set of facts,” he says. “No two cases and no two defendants are the same.”

“In Essex County, we are incarcerating people of color and of Latino heritage at an alarmingly disproportionate pace.” While he does not suggest that racist policies or procedures are at fault, he contends that the outcomes of 58A hearings have a disproportionate impact on minorities. “If you identify someone as ‘dangerous’, the number-one weapon for the District Attorney is to indict them,” he says, noting that instead of indicting, the DA’s office often uses the 58A process.

Overzealous 58A use, according to O’Shea, “serves to protect the office for purposes of re-election from a Jerry Remy-type situation.” (In 2013 Jerry Remy was arraigned, in Middlesex County, for violently assaulting his girlfriend. Pending the case’s pre-trial hearing, he was released on his own personal recognizance. The next day he stabbed his girlfriend to death.)

Paul Tucker, O’Shea’s opponent, is the 7th Essex District State Representative and a 32-year veteran of the Salem Police Department, and he has been endorsed by both current District Attorney Jonathan Blodgett and his predecessor, Kevin Burke, along with other public figures. Tucker believes that O’Shea’s limited experience managing a two-attorney law firm does not equip him to manage a large budget and an operation with hundreds of people.

O’Shea’s campaign motto is “Experienced litigator, not a politician,” and he points out that while he is not an insider with a political machine behind him, he has appeared in courts across the Commonwealth, including at the district, superior, and federal level. “I’ve been before judges in multiple counties,” says O’Shea of his 25 years in litigation. But his years practicing law do not include any prosecution work, something his opponent’s campaign has noted.

Despite his lack of experience managing a large operation or working with police to build cases on behalf of the Commonwealth, one of the things O’Shea believes has prepared him well for the role of DA is the time he has spent in criminal defense. One of his clients, he shares, had been a Division-One college athlete with a promising future. She got injured, which led to her becoming dependent on painkillers and, eventually, heroin. When O’Shea took on her case, she’d been accused of smuggling a finger (ten grams) of heroin in a body cavity and charged with trafficking. “The descent she took in her life in rapid time was heart wrenching” O’Shea says, “she was being prostituted by the person that had her secreting these drugs…and who had been federally indicted for sex trafficking this girl.” This is why cases must be viewed individually, he says, and some must be taken out of the cycle of conviction.

Though he is looking to focus on alternatives to incarceration for some crimes, O’Shea is quick to say point out that he is “no Rachel Rollins,” the United States Attorney for the District of Massachusetts, who as Suffolk County District Attorney in 2019 released a controversial memo with a list of some 15 crimes that her office would not prosecute, barring some exceptions.

Having been on the defense side for so many years has given O’Shea a bird’s-eye view of the inner workings of the DA’s office, and he believes that two things could make the work of an Assistant District Attorney (ADA) infinitely less complex and more rewarding. The first, he says, is that when discovery must be turned over to the defense, it should be done in a streamlined, technologically current, and safe way. “Burning disks is not a good use of an ADA’s time; these are professionals…who should be able to point and click and that’s it.”

The second, O’Shea says, relates to the retention of top talent. While O’Shea acknowledges that the salary of an ADA is to a large extent fixed by state law and not in line with private work in the field, there are other ways to ensure that the solid ADAs stay. “The limited way to attack that…includes taking some of the reins off” from management and allowing more prosecutorial discretion to avoid “killing morale” and making prosecutors “feel like…robots.” Should he win the DA seat, he expects to focus on these changes from his first day on the job.

The primary is being held on September 6, 2022, and O’Shea’s campaign website may be found here.

Editor’s Note: The author of this story, Lena Robinson, worked in law enforcement, having served as an ADA under both Kevin Burke and Jonathan Blodgett in the early 2000s, and as an Assistant Attorney General prior to that. Robinson has also contributed to Blodgett’s campaign committee several times since her departure from his office.