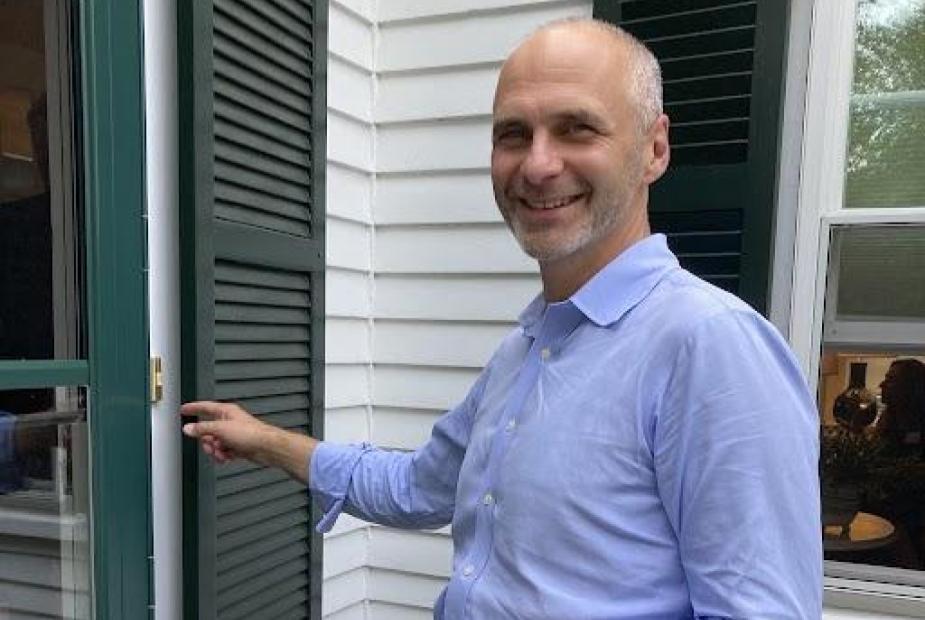 Doug Thompson: “I Have the Passion and Experience”

A healthcare executive who has spent the most recent two decades of his career in the C-Suite of various healthcare-related companies, non-profits, and state government, Doug Thompson, a Swampscott resident, says he is ready to shift gears to elected office. “My daughter is 18, she’s pretty independent, I am fortunate to have been successful in my career, and now this opportunity came up,” Thompson says about his decision to pivot to running for a political office. “This is something I’ve been thinking about for a while,” he notes, recalling early days spent working on campaigns. “I’ve always had the passion and the interest and I have a lot of experience to bring to bear.” Now, he says, the time is right because he can commit himself fully both to campaigning and, should he win, to the role of State Representative.

Growing up and attending high school outside of Buffalo, New York with an original plan to become a medical doctor, Thompson pivoted when he began expanding his interests into the sociological and philosophical realms of medicine–with what he describes as a “way to make people healthier with a whole-care team” approach. Ultimately graduating with a Bachelor of Arts in Philosophical and Sociological Thought in Medicine from Boston University, he went on several years later to Harvard’s Kennedy School of Government, where he completed a two-year program studying health and human services policy, graduating with a Master’s in Public Policy.

Thompson’s career includes his position as Chief Financial Officer of Massachusetts Medicaid from 2007 to 2009, and more recently the founding of a for-profit healthcare company that delivered a wide swath of home-based services to vulnerable individuals in the elderly population. As the company’s Chief Executive Officer, Thompson worked with his team to secure $45 million in capital from investors and, after growing the operation for a number of years, he and his partners merged with another enterprise and became ConcertoCare in 2021. That successful venture has now given Thompson the flexibility and time to move on to his latest venture: running for office.

As Thompson looks ahead to the possibility of being elected as the 8th Essex District State Representative, he says he plans to devote 100% of his work energies to the role and will wrap up any current consulting commitments before January. “I have no desire or intention to do anything else” but focus on the role of legislator. And while he understands that being selected to serve on committees is at the pleasure of the Speaker of the House, he hopes that his “25 years of senior-level healthcare experience will be of some value, potentially, to the healthcare finance committee.”

To the extent that he has free time during or after his campaign, among his favorite things to do are walk with his wife, Ingrid, and dog, Roux, in the Lynn Woods, run or bike, and spend time with his daughter, a high school senior.

Coleson Whitehead’s The Underground Railroad is the most recent book Thompson read, and The Big Lebowski is his favorite movie. There may not be much time for books and movies in the next six weeks, however, as Thompson’s sprint to the September 6th election includes multiple house-party meet-and-greets, public appearances at local businesses, and door-to-door campaigning.

Editor’s Note: The author of this story, Lena Robinson, and her family have been close to one of Thompson's opponents, Jenny Armini, and her family for more than 25 years. Robinson’s husband, Dwight Robson, has donated to Armini's campaign. Additionally, Marblehead Beacon co-founder Jenn Schaeffner is on the steering committee of the group PowerUP!, on which another candidate for the 8th Essex District–Terri Tauro–serves. Prior to launching Marblehead Beacon, Schaeffner contributed to Tauro's campaign.