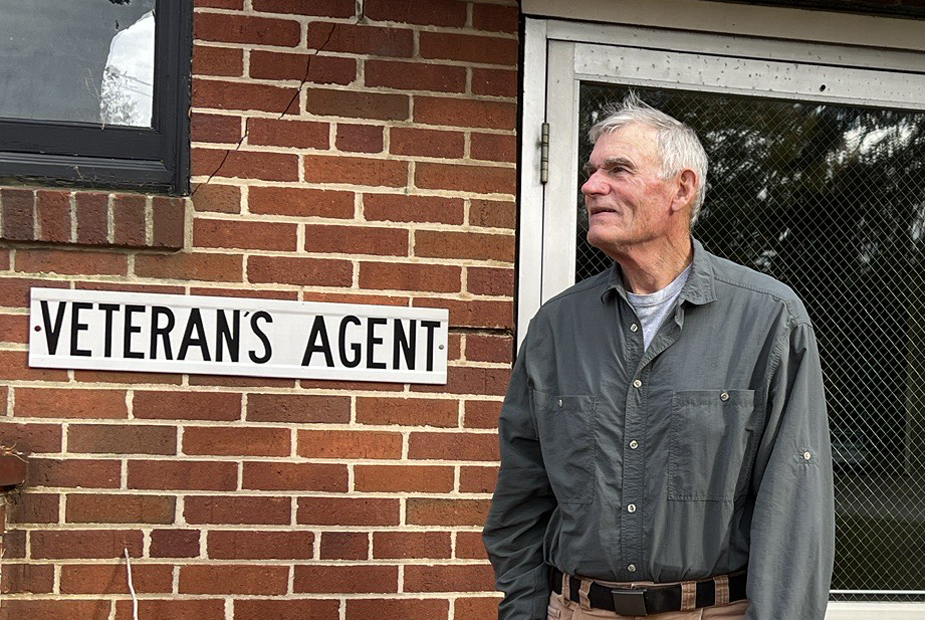 Speaking with Dave Rodgers outside his modest basement office at Marblehead’s municipal Mary Alley Building, it is not difficult to envision the town’s Veterans’ Agent as an imposing young Navy man. At 73 years old and still standing at 6’2, Rodgers’ posture remains that of someone who has never forgotten his military roots, and for whom age just might be a number.

Marblehead’s sole Veterans’ Agent, Rodgers is responsible for helping any local veteran with the myriad issues that arise, from needing assistance with Medicare paperwork, to finding healthcare providers, to driving clients to medical appointments at various Veterans Affairs (VA) clinics. “During Covid I was driving so many people a week to their vaccination appointments,” he says, adding that no day on the job is the same. But the beauty of his work, he notes, is that veterans are a particularly grateful group of people. “They’re just different; I can count on one hand the number of times over 23 years that I’ve had any problems with them.”

Undoubtedly Rodgers himself is part of what makes his job go so smoothly, as he gets animated when discussing some of his successful efforts to obtain care or assistance for his clients. “If your hearing is bad enough,” he says excitedly, “the military will provide $7,000 hearing aids for maybe $50 for the diagnosis and $50 when you pick them up.” “It’s very gratifying helping people,” he adds, offering examples of the various chores involving bureaucratic hoops with which he is happy to assist.

It is actually Rodgers himself who created many of the parameters of the role when he was hired in 1999. Unable to receive guidance from his predecessor, who had died just short of retirement, Rodgers had to be adaptable. “So I got proactive,” he says. “There was no one here to give me on-the-job training, so I walked in and started from scratch.” Armed only with personal experience as a veteran, some computer training he’d taken when he saw the future of his lobstering work drying up due to expansive new regulations, and some municipal knowledge he’d gleaned serving with the Recreation and Parks Department, he began the job in earnest. “Before I was offered the job,” he says, “I took a day and went to Boston.” It was there he made a “cold call” to the Department of Veterans Services, asked questions, and got materials to learn more about the statutory provisions applicable to veterans.

Immediately upon landing the job, Rodgers hit the ground running. He began driving clients to appointments–sometimes in a town van, and other times in his own car. “There were a lot more World War II veterans back then,” he says, wistfully. From there it evolved into helping veterans with virtually anything they needed. As time wore on, funerals became one such thing. “Many, many funeral services; too many funeral services.” But that is the reality of aging veterans, and Rodgers does not take it lightly. “I get some guys from the VFW and we do rituals” for each funeral.

Rodgers was especially touched when he heard that a colonel he’d assisted with some paperwork years earlier had passed away, and the family invited Rodgers to his funeral at Arlington National Cemetery. “I was proud to represent the town,” he said.

A true “Header,” Rodgers was born in 1949, living a Marblehead childhood that was “a lot different than [childhood] today.” The morning after being dropped off and picked up by his mother for his first day of kindergarten at the (former) Roads School, Rodgers says he announced, “I’ve got it from here.” The “baby” among four children says, “Kids were a lot more independent back then.”

Since his days growing up as a “hell-raiser” in 1950s Marblehead, in spite of his father being a detective with the Marblehead Police Department, Rodgers has seen a lot and done a lot, including enlisting in the Navy as a young man. “I made it over to Vietnam,” he says of his time in artillery gunfire support as a third-class radioman working on a World War II destroyer, “but it was nothing like crawling around in the jungle.” Much of Rodgers’ description of his time at war is deferential to those whose service involved more danger, and when he pulls out a well-worn photo of himself and some men with whom he served (see below), he talks mostly of them. “This guy,” he says, pointing to one of the men pictured, “was older than us and had his graduate degree when he served.” Rodgers learned recently that one of the men in the photo had suffered a stroke. “We’ve lost a lot of guys,” he says, noting, “I’ve definitely gotten more sentimental with age.” 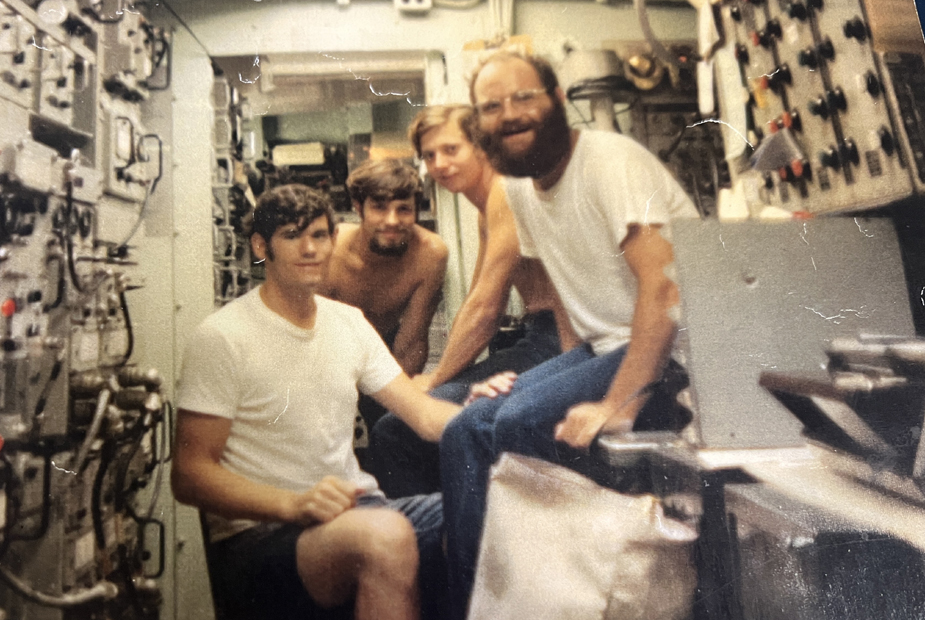 For his bravery in Vietnam, Rodgers earned a Combat Action Ribbon–a designation given to certain Navy soldiers or Marines who experienced being “under enemy fire while actively participating in a ground or surface engagement.” He does not speak of the specific circumstances he and his fellow soldiers went through, saying “we had some close calls, but nothing close to what the guys on shore experienced.”

Ultimately Rodgers completed two tours in Vietnam, returned to his hometown, and became a fisherman-lobsterman. To this day, even after having taken the office job that he currently holds, Rodgers maintains his commercial license and lobsters on the weekend, often with the help of his wife, Anne. “I have accumulated a lot of vacation time so sometimes I take Fridays off.”

Veteran’s Day is around the corner, and the accompanying festivities that Rodgers has planned at Abbot Hall this Friday are a highlight for him. “This is a celebration of everyone’s service,” he says. “It’s not Memorial Day.” But for his clients–some of whom he’s been acquainted with since he started in the role nearly a quarter century ago–Rodgers tries to see every day as Veterans’ Day, treating them with great respect always. “One thing I’ve learned is that you never know what people have been through,” he says. “The guy sweeping the floor might have been a Medal of Honor recipient.”

As he’s gotten older, Rodgers has become especially good at listening. “These people who come in,” he says, his eyes glistening and a nearly undetectable trace of emotion in his voice, “they signed a blank check for our nation.” Post-traumatic stress disorder is very real, and something for which Rodgers has no solutions, but he believes firmly that anyone struggling–veterans or not–should seek professional help. “Your mind is a great tool,” he says, “but it can also be your worst enemy.”

Now a grandfather of two, and father to two sons, ages 30 and 35, Rodgers is proud of the lives they lead. “Carl joined the Marine Corps,” he says of his older son, who after serving several years as a Marine, completed a year-long rigorous automotive technician training and became a “crackerjack mechanic–and I’m not just saying that because he’s my son; he never missed one day [of his training program].” Joe joined the Army, and "ended up getting a master’s degree and is now a guidance counselor up in New Hampshire.”

As to his plans for retirement, Rodgers offers no specifics, preferring to focus on the upcoming Veteran’s Day celebrations and noting that he “likes to stay busy,” hinting that he has no desire to leave this role anytime soon.

Editor's Note: An earlier version of this story had reversed the names of Mr. Rogers' sons. 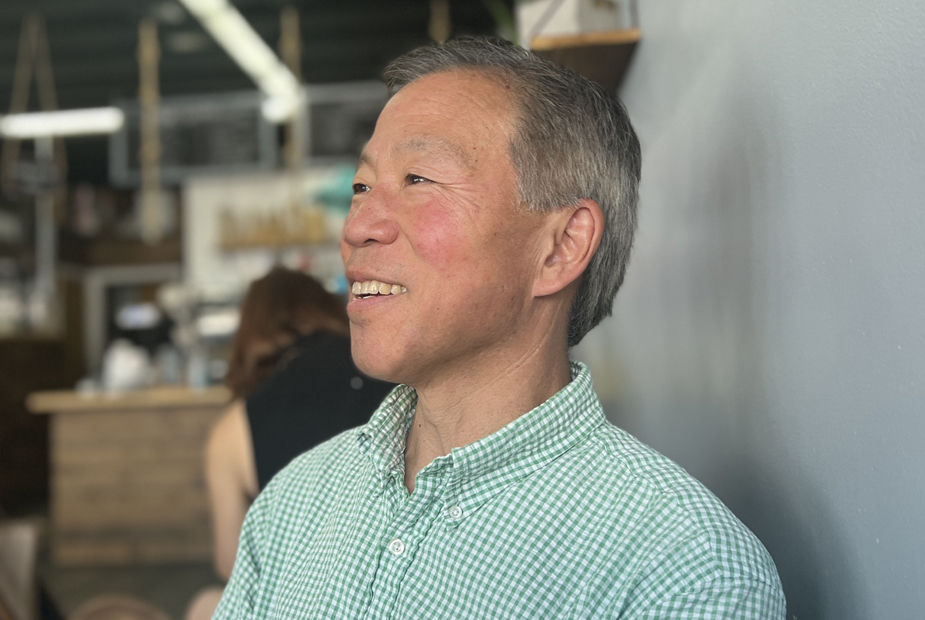 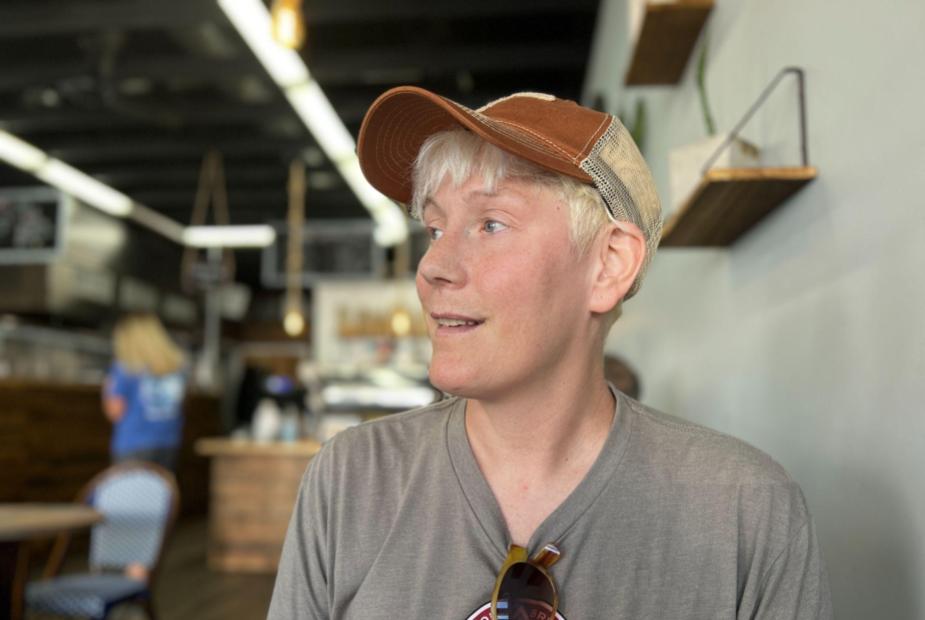 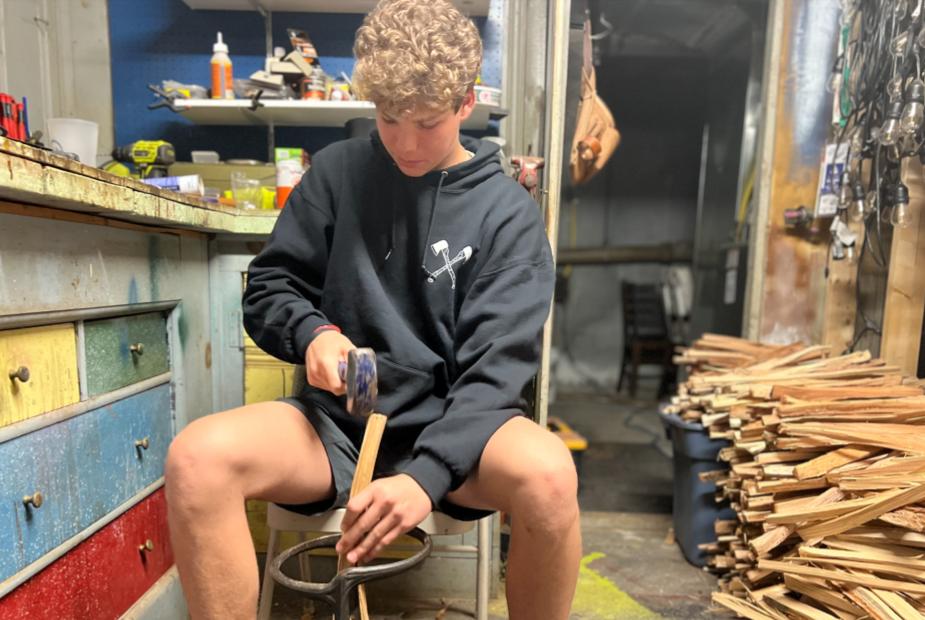 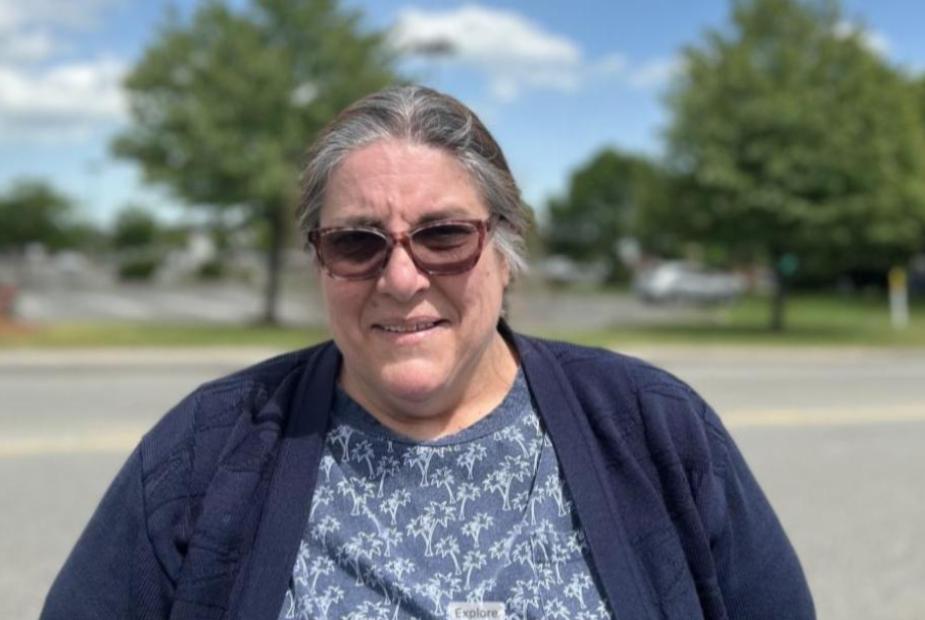