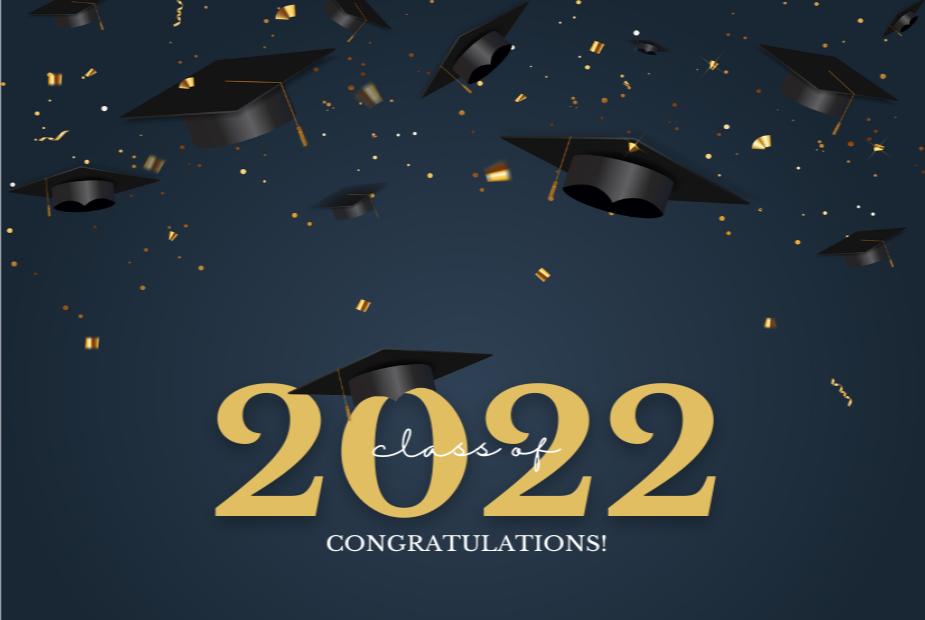 Last Friday, June 3rd, the Marblehead High School (MHS) Class of 2022 celebrated the culmination of thirteen years of schooling. The commencement ceremony took place at Piper Field and featured speeches from notable members of the class as well as performances by the MHS concert band, choir, and acapella groups Luminescence and the Jewel Tones. The ceremony began at 6:00 PM, as the graduates walked onto the field to the tune of Pomp and Circumstance, played by band teacher Craig VanRemoortel’s concert band.

Once the crowd was seated, class speaker Ketsia Kiamanga took the stage and spoke about destiny and the difficult path necessary to achieve it. Ketsia began by thanking the administrators and staff at MHS for their work over the past four years and in preparing for graduation. She then advised her class to “stay true to yourself, [and] believe in yourself and your purpose” and noted that any who hope to achieve their destiny must be willing to deal with hardship and setbacks along the way. Video available here.

Following Ketsia’s speech, the Star Spangled Banner was performed by the MHS concert band. Brandolyn Smith, a student in the class of 2022, then led the recitation of the Pledge of Allegiance.

The next speaker was Marblehead Schools’ Superintendent John Buckey, who spoke about Charles Plumb, a U.S. Air Force pilot. Buckey began with a joke to assure the audience that he would be brief: “As Henry the Eighth of Britain may have said to each of his seven wives, ‘I promise, I won’t keep you long.’” The superintendent then told the story of Plumb, a man who’d endured years in a Vietnamese prisoner-of-war camp after ejecting from his plane and parachuting into enemy territory. Years later, Plumb was recognized by the man who had packed the very parachute that saved Plumb’s life. Plumb came to the realization that there are always people “packing your chute” without recognition, despite the fact that they are often the ones most deserving of appreciation. Superintendent Buckey advised the students to make certain to let the people who are “packing their parachutes” know how much they are appreciated, in part by passing on the flower he had placed on each student’s seat. Video available here.

Marblehead High School class vice president Anne Sheridan took the stage next, presenting the class gift. Sheridan reminisced about how Piper Field has remained a central piece of the students’ lives throughout their highs and lows at MHS, serving as both the site of countless football victories and the candlelit vigil following the tragic passing of fellow student, James Galante. The gift the Class of ‘22 presented is the landscaping and maintenance of the grassy area between the field and the parking lot to allow it to seat more supporters. Included in the gift is a memorial for James Galante, a student with a “significant and outstanding legacy on Piper Field.” Video available here.

Taking the podium following Anne was class president Grace MacLean, whose speech began by thanking those who had made the event possible and worked tirelessly throughout their time at the high school. MacLean’s speech centered around the bond that a graduating high school class builds as a result of shared experiences. She spoke to the idea that while many such experiences as individuals had been experienced together, in the fall, they would each begin their own path and diverge from those of their classmates, forging their own unique journey. She concluded by telling the class that she was “so proud of each and every one of [them],” and was looking forward to watching everyone’s future unfold. Video available here.

The MHS Luminescence and Jewel Tones then performed the song Landslide by Fleetwood Mac. Following the choral selection, Grace MacLean took the stage once again–this time in her role as salutatorian–acknowledging the honor of having the opportunity to address the class twice. She observed that high school is a time of great personal development, and that students often find themselves making decisions for reasons other than their own interests. Grace explained that it can be difficult to know why one makes decisions and how those decisions will impact a person much later in life, and that truly “getting to know yourself is not about reflecting on the things you do, but instead, the reasons for which you choose to do them.” Video available here.

The final student speech was delivered by valedictorian Jeffrey Lederman. Jeffrey’s speech focused on the two different versions of confidence: the one that encourages people to take on calculated risks and worthy challenges, and the kind more often called “hubris,” which often leads to irrational and sometimes dangerous choices. He spoke of the Wright brothers, the first people ever to fly an airplane, and the ways in which they were able to use their confidence to spur themselves forward and mitigate the potential impact of their more reckless inclinations. Jeffrey encouraged his classmates to use their confidence in the best possible ways, by preparing well, listening to the guidance of parents and teachers, overcoming the fear of failure and working hard to impact the world in positive ways. Video available here.

Marblehead High School principal Dan Bauer's speech focused largely on many of the notable events of the prior four years, including the class of 2022’s athletic success at the Superbowl and at Powderpuff, as well as the accomplishments of many clubs and other athletic teams. He made note of some of the more difficult challenges, including the recent tragic loss of classmate James Galante, for whom Bauer asked for the observation of a moment of silence. Bauer’s speech also acknowledged two staff members leaving the school at the close of this year: Brian Crowley, a teacher, and Lynsey Page, one of the high school's vice principals. Video available here.

Following the conclusion of the speeches, the members of the Class of 2022 were called up one-by-one to receive their diplomas. Names were read first by class president Grace MacLean and then by treasurer Ben Kahn.

Finally, Principal Bauer attested that the Class of 2022 had met all graduation requirements. The students moved their tassels from right to left, threw their caps in the air, and became official graduates of Marblehead High School.

Editor’s Note: This story's author, Jared Lederman, is the brother of Jeffrey Lederman, mentioned above.