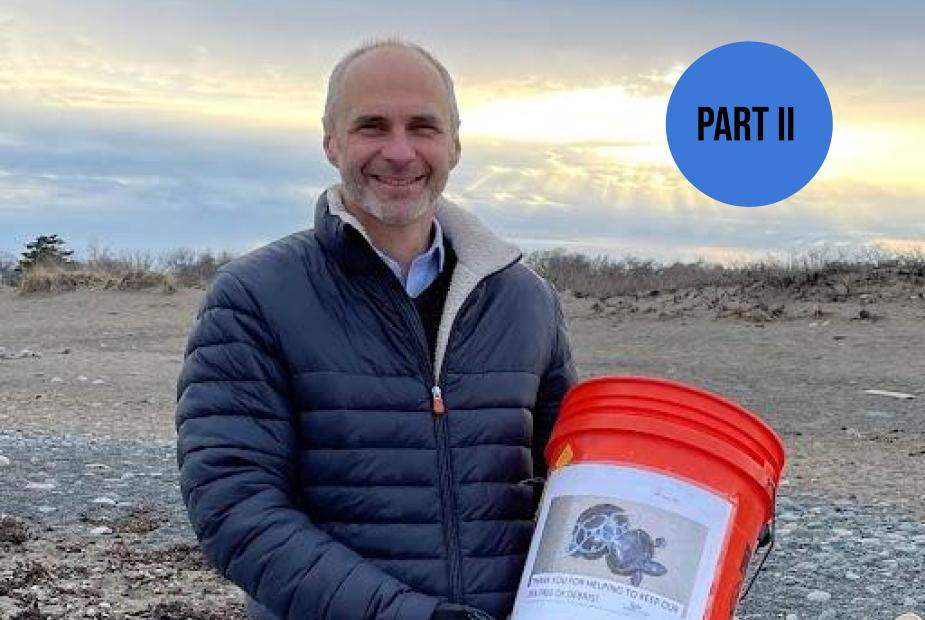 Thompson: "People Are Hurting...and I Will Fight to Do What We Need"

Editor’s Note: Each of the six candidates for State Representative of the 8th Essex District sat down for a conversation with Marblehead Beacon. Last week, we covered  Doug Thompson’s personal and professional background. This week, we are focusing on some issues he finds most relevant to his campaign.

Healthcare is a significant part of Doug Thompson’s platform, and he hopes to one day usher in a single-payer system in Massachusetts, also known as “Medicare for all.” He recognizes, however, that although Democrats have enjoyed an overwhelming majority in our state legislature for decades, it likely will take some time before single-payer healthcare is the law of the land.

Eager to discuss solutions he believes could repair a broken healthcare system, Thompson tells Marblehead Beacon that a Medicare-like public health insurance option for employers and individuals “would bring down costs for everyone, involve much less red tape administratively, and would allow doctors to spend more time with patients.” His time working in the field of healthcare in both the private and public sector, he believes, informed his knowledge on how such an option would be successful, and he believes that allowing Massachusetts residents to be able to opt in to such a plan would be a remarkably productive and effective way to improve the world of health insurance and healthcare.

While healthcare undoubtedly is in Thompson’s bailiwick, he is focused also on other matters–chief among them climate change and economic opportunity. Regarding the environment, Thompson believes that the number of electric vehicles (“EVs”) owned in Massachusetts should go from today’s approximately 50,000, to one million by 2030. Thompson is asked how the electric grid–particularly in a district in which some residents recently received robocalls from the Marblehead Municipal Light Department asking them to shut down energy usage during “peak hours”–would possibly be able to sustain such a dramatic increase in EV charging needs in just seven years. With a wind outfit off Martha’s Vineyard already contracted to support more than a million-and-a-half homes by 2030, he says, as well as other available renewable energy sources, he believes it can happen. “Have I done the mathematical modeling to match supply and demand perfectly along the curve? No,” he says. “But other people I trust have looked at that much more deeply,” he adds. “Might we be asked to conserve? Maybe. Might we be asked to turn our thermostat to 73? Possibly. Is that such a bad thing? Might we hit some jagged teeth along the way? Probably.” His conclusion, though, is that ultimately renewables, demand, and costs will align.

Overall, with regard to protecting the environment of this district and all around, Thompson is clear that he wants a hard and fast push toward renewables and against fossil fuels. That said, when asked if there are any blind spots or areas in which renewables might not be a panacea or could involve significant environmental damage themselves–to forests, for instance–he adds, “We don’t want to get into such a panic about fossil fuels that we miss something of consequence.” In related matters involving the environment, he notes that he does not plan to make decisions without consulting all stakeholders. “For instance, I respect the fact that it’s not easy to just say, ‘let’s protect the Right whales; to hell with the lobstermen,’” he says, adding that he’s open to nuance.

“People are hurting,” says Thompson. He believes that economic opportunity, education, housing, and transportation are tethered to one another, and to solve these problems, examining them cannot happen in a vacuum. “The character and history of these communities are important to me, and I will fight to do what we need to for people to be able to afford to live here, especially people who’ve lived here for years.” The state has a surplus, he adds, “and I am very supportive of tax relief, particularly for seniors and renters, but also general tax relief.” Between the increasing scarcity and cost of housing and inadequate transportation options available to residents of the 8th Essex District, he adds, people are being pushed out of our communities. “We need to take control of our own destiny,” Thompson says, “so we don’t get forced to accept 40B projects. It’s only a cudgel if we allow it to be because we haven’t taken care of our own business,” he says, noting that by allowing more accessory dwelling units or in-law apartments, we will be tackling a piece of this issue, particularly in densely populated areas within our district.

Editor’s Note: The author of this story, Lena Robinson, and her family have been close to one of Thompson's opponents, Jenny Armini, and her family for more than 25 years. Robinson’s husband, Dwight Robson, has donated to Armini's campaign. Additionally, Marblehead Beacon co-founder Jenn Schaeffner is on the steering committee of the group PowerUP!, on which another candidate for the 8th Essex District–Terri Tauro–serves. Prior to launching Marblehead Beacon, Schaeffner contributed to Tauro's campaign.