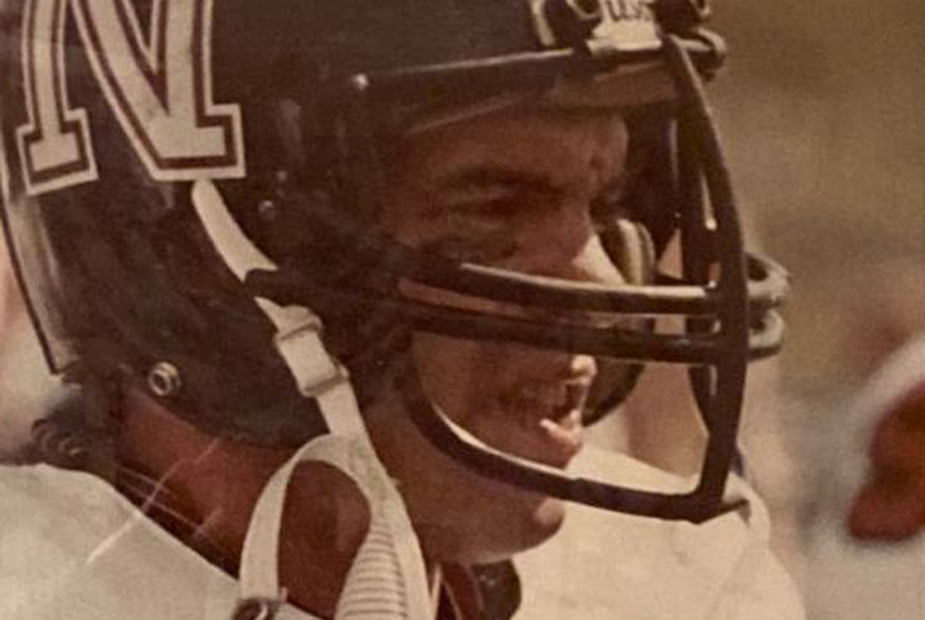 30 Years After MHS Football Player Lost to Suicide, a Maddie’s Tribute and Focus on CTE

Chronic traumatic encephalopathy (CTE) was not part of common parlance in the 1920s, when the medical community began noticing that boxers who’d experienced repeated head trauma presented with a variety of psychological symptoms that would later become known as CTE. In 1928, one doctor described the emergence of these symptoms as “punch-drunk syndrome,” according to the Concussion Foundation.

Fast forward to 1992–the year that Marbleheaders Steven and Deborah Borne lost their beloved brother David to suicide, and had to experience the shattering loss with their parents. A star Marblehead High School (MHS) football captain and Northeastern University football player (as well as a talented starting guard on MHS’s basketball team), David had been known to use his head as a battering ram. “He was a head-first, hard-hitting player,” his brother, Steven, tells Marblehead Beacon. “In those days, he’d get knocked out, they’d give him smelling salts, and he’d be back on the field in the same game.” It was something Steven and his family went on to second guess and torment themselves about, questioning what they could have done differently. “We didn’t know any better back then,” Steven says. “Nobody did.”

After years of fierce playing on the football field, David’s personality began to change, says Steven. “We did not know what to do,” he says of his family. Steven shares that David, who was always very protective of his loved ones, called him one day and appeared to be having what he would later learn was a psychotic break. “He believed devil groups were coming after us,” he says, “and wanted to protect us. It was like he was having a nightmare while he was awake.” He died by suicide later that day.

In the intervening years between 1928 and 1992, precious little had changed in the world of contact sports, as football, soccer, hockey, and of course boxing continued to involve repetitive head trauma with little concern for long-term impact.

“My brother David played football with the tagline, ‘reckless abandon,’” says Steven.  It wasn’t until the 2000s–as more than a few former National Football League (NFL) players died by suicide–that CTE became part of a national discussion. In lay language, CTE refers to a series of symptoms that can include, among other things, depression, impulse-control issues, and memory loss–and are coupled with evidence seen in a post-mortem examination that shows degeneration of the brain, often involving a build-up of certain proteins.

As some of these NFL players left football and then went on to die by suicide–in some cases after years of erratic or otherwise psychologically unsound behavior–a distinct pattern was emerging. Famous New England Patriots player Aaron Hernandez, who was convicted of murder and then killed himself, was one of many big-name athletes whose autopsies showed evidence of CTE–once it was far too late.

Eventually–albeit slowly–medical experts, officials in the NFL, and coaches of younger players began to acknowledge that these devastating outcomes were often attributable to players experiencing head traumas–sometimes small but always repeated over the span of years. “When I coached my own son in football when he was in second or third grade,” says Steven, “we were trained by the high school about changing up how to teach tackling.” The players could not use their heads as weapons.

There is currently no cure for CTE, and the ability to diagnose CTE in living patients remains elusive, as the gold-standard in terms of diagnostics is done on brain tissue, which can only be done post death. Thus far, some three-hundred-plus former NFL players’ brains have shown post-mortem signs of CTE, and a startlingly high number of players who had experienced psychological symptoms in life turned out to have CTE confirmed after death. First symptoms can appear many years after the initial traumas to the head. Research is ongoing to explore ways to diagnose CTE in the living, as well as to come up with treatment and therapeutics.

Steven Borne is hosting an informal tribute to his brother on Sunday, October 23rd, 2022, at Maddie’s Sail Loft at 5:30 PM. “Initially I was going to go to the cemetery for the 30th anniversary of burying David,” says Steven. “And I thought I’d invite some old friends of his,” but after reflecting Steven decided that a more meaningful way to honor David would be to talk about CTE and possibly even one day establish a scholarship fund. “I’m no authority on CTE or on scholarships,” says Steven, but in speaking to a dear friend of the family–Marblehead resident Bill Willis–Steven was encouraged to consider creating a scholarship at some point. In the meantime, he invites anyone, near or far, who knew David or has a shared interest in the evolving arena of CTE, to come raise a glass to his brother, MHS Class of 1978. “It won’t interfere with the Patriots game,” notes Steven. “That’s on Monday.”

UPDATE Oct. 19, 2022: A scholarship has been set up in David's name. For those interested, donations may be made to: The Marblehead Gridiron Club, PO Box 505, Marblehead, MA 01945). In the memo of the check write: David Borne.