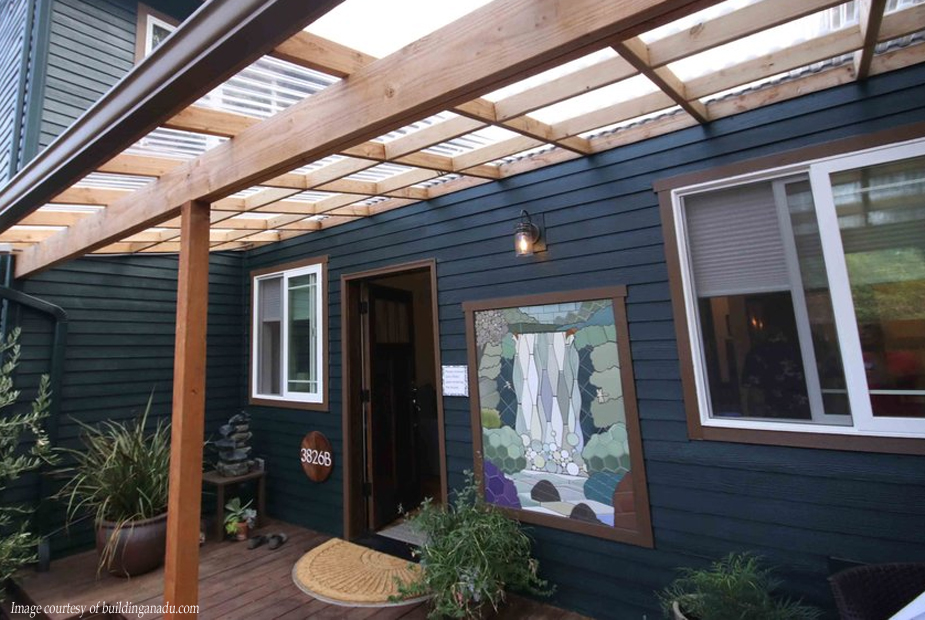 Marblehead’s Planning Board gathered online for a special session on Wednesday, January 4, 2023 to review the working draft of a zoning bylaw that would allow for the construction of Accessory Dwelling Units (ADUs).

ADUs, as previously reported by Marblehead Beacon, are secondary housing units that exist on a single residential property. Often called in-law apartments, ADUs are smaller than the primary property, generally offer a separate entrance, and can be constructed either within the main building or in a detached secondary building on the same lot.

In order for the ADU bylaw to be enacted, it needs to receive a majority vote at the next Marblehead Town Meeting, scheduled for May 2023. The Planning Board continues to debate various aspects of the proposal, and a final session to solicit public input is scheduled for this coming Tuesday, January 10, 2023, at 7:30 pm via Zoom.

What Exactly Should ADUs Be For?

Despite many months of discussions and revisions to the working document, there appear to be a number of remaining issues generating disagreements among members of the Planning Board, including topics such as whether or not the size of an ADU should be limited, whether or not all ADU applicants should be required to apply to the Board for individual approval rather than be allowed to undertake construction “by right,” how any restrictions on ADUs should be enforced, and, most significantly, whether there should be a restriction on the amount that can be charged for rent.

Throughout the discussion of these specific issues during the January 4th meeting, the conversation repeatedly returned to the primary question of why ADUs are needed in Marblehead and what purpose they are designed to achieve. Planning Board member Barton Hyte emphasized several times his belief that the original spirit of the ADU proposal was to do two primary things: support the needs of elderly residents and enhance affordability. “There is a tremendous need for the aging population,” he claimed, and “we’re losing sight of that.”

Hyte’s overall concern appeared to be with what he sees as the unrestricted nature of the current working proposal. “There are no definitions here for elderly or affordability or anything,” he said. “This opens up Pandora’s box” because “it is unrestricted as written.”

Community member James Full agreed with Hyte, noting that the current proposal is “rife with problems” and that the general perception in the community right now is that the Board is “trying to let people do whatever they want to put up these ADUs.”

Planning Board Chair Bob Schaeffner responded that this was not actually the case, noting that there are restrictions within the document, and “every structure has to live within the boundaries of the zoning requirements.”

Should There Be Size Restrictions?

Town Planner Rebecca Curran Cutting noted that most communities restrict the size of ADUs to a maximum of 900 or 1000 square feet. This restriction generated some discussion among the Board, with member Ed Nilsson questioning whether that might be too small and member Rosanna Ferrante wondering whether residents might chafe at this type of restriction on their right to do what they want with their own property. Schaeffner pushed back, noting that it is important to make the proposal as palatable and conservative as possible in order for it to be approved at Town Meeting. “I want to be careful and not overdo it,” he said. Hyte agreed, noting that allowing for larger ADUs opens the possibility that properties will become full-fledged two-family homes. The Board agreed to include a 1000 square foot size limitation in the proposal.

By Right or By Application?

The discussion then turned to whether or not residents will need to apply for approval for any type of ADU, or whether there would be circumstances when they could construct an ADU “by right” without the need for any additional permit or application process. For example, homeowners might be able to construct an ADU “by right” if they were building inside an existing garage that met all setback and zoning requirements.

Hyte expressed concern with this aspect of the current proposal, wondering whether unrestricted ADU construction, without any requirement for input from abutters or neighbors, might quickly change the character of the community. “I’m not in favor of Marblehead going from 20,000 [residents] to 40,000,” he said. The other Board members generally responded with incredulity, indicating that they didn’t think this was a realistic concern, though alternate member Steve Leverone was more supportive of Hyte’s comment. He raised the issue of whether tiny houses on trailers or recreational vehicles parked in driveways could be approved as ADUs. In those circumstances, he said, “suddenly a Marblehead with 40,000 people doesn’t seem that far out of reach.”

How Much Rent Is Too Much?

Finally, and most contentiously, the conversation turned to whether or not ADUs approved in Marblehead should be allowed to be rented at market rates or restricted to some percentage of fair market value, likely in the range of 70 percent. Hyte emphasized again that the spirit of allowing ADUs was supposed to be for affordability and diversity but “if we leave this open ended, we’re not going to change anything,” and “the rich will just get richer.” Schaeffner acknowledged this was a good point, but also emphasized that the discussion about rental rates had been resolved previously, with the Board “agreeing to disagree” and the majority deciding that restricted rents would prevent many residents from choosing to make the investment in constructing an ADU in the first place. Member Andrew Christensen seemed to agree with Hyte that this topic should be revisited, suggesting that it might be worthwhile to allow unrestricted rental rates for elderly residents trying to stay in their homes while limiting everyone else to 70 percent of fair market value. Nilsson suggested this type of restriction would not be feasible, and Ferrante agreed, noting that “this isn’t Section 8 housing” and “this is not a panacea to solve all affordability problems in Marblehead.”

The meeting concluded with public comment, with Full once again emphasizing a number of questions that he says remain unanswered. “Is it for the elderly? Is it 60 percent market value? 70 percent?” He also warned Board Members that there is concern about the character of Marblehead’s neighborhoods changing and some questions as to enforcement given that, even without these additional ADU-related issues, “the building commissioner is overwhelmed.”