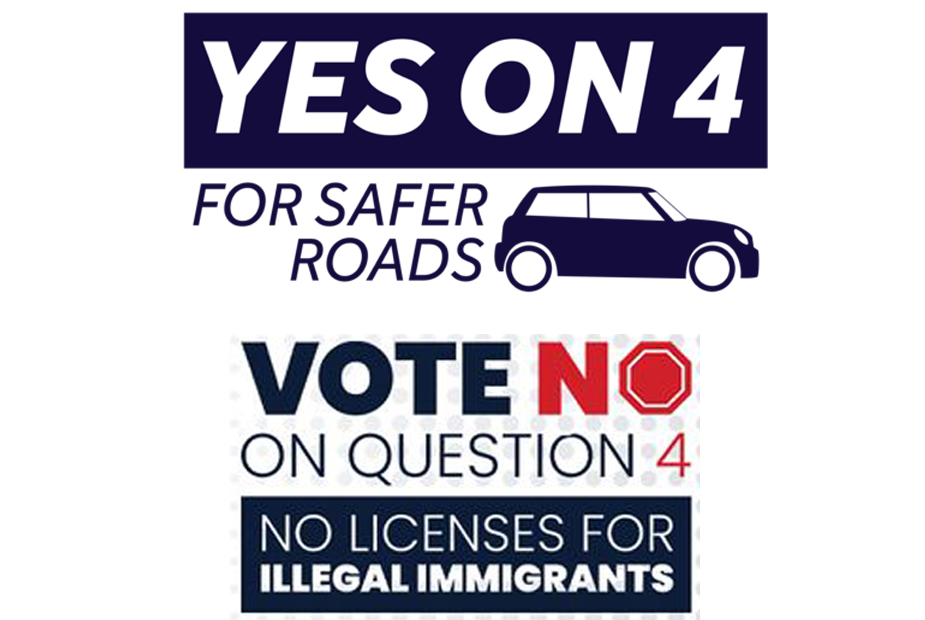 The final of the four ballot questions to be put before Massachusetts voters on November 8 concerns driver’s license eligibility for Massachusetts residents who cannot provide proof of lawful presence in the United States.

This issue has traversed a somewhat convoluted path on its way to the ballot. House Bill 4805, also called “An Act Relative to Work and Family Mobility” was approved by the Massachusetts House and Senate and sent to Governor Charlie Baker for approval on May 26, 2022. Governor Baker issued a veto, whereupon the Senate and House elected to attempt a veto override, which requires a two-thirds majority vote in both chambers. The House voted for the override on June 8, with a vote of 119 in favor to 36 opposed. The Senate followed suit the next day, voting 32 to 8.

Massachusetts law allows for what is called a “Referendum Petition,” which according to the state website is a way for citizens to “propose repealing a law enacted by the Legislature.” Following the override of the Governor’s veto of H.4805, a group called Fair and Secure Massachusetts began the process of placing a referendum petition on the ballot. This involved gathering at least 40,120 signatures (1.5 percent of the total votes cast for Governor at the last state election), no more than a quarter of which could come from any one county in the state. The collected signatures had to be certified by the Elections Division of the Commonwealth of Massachusetts.

On September 9, 2022, the Elections Division certified that the Referendum Petition regarding H.4805 had been signed by enough registered voters to qualify for placement on the November 8 ballot. However, this ballot question did not appear in the voter information booklet mailed to every household in the state, since the deadline for inclusion in the booklet had already passed.

As is often the case with ballot questions, there is some uncertainty as to what a "Yes" versus a "No" vote will actually accomplish with regard to the proposed measure. In this case, voters should understand that they are not being asked “Do you want to repeal this law?” but rather “Do you want to keep this law in place?” A “Yes” vote on ballot question four would retain the law already passed by the legislature, allowing “Massachusetts residents who cannot provide proof of lawful presence in the United States to obtain a driver’s license or permit if they meet the other requirements for doing so.” A “No” vote would repeal this law. A full overview is available from the Massachusetts Secretary of State’s office.

The group supporting ballot question four, called Yes on 4 for Safer Roads, argues that Massachusetts drivers will be safer if we allow “all qualified state residents, regardless of immigration status, to apply for a standard Massachusetts state driver’s license beginning July 1, 2023.” They note that the bill “puts in place stringent proof of identity requirements for immigrants without status applying for licenses, and keeps in place all safeguards against non-citizen voting.”

The opposition group, Fair and Secure Massachusetts, argues that this law “would jeopardize the integrity of state elections by opening a backdoor for undocumented immigrants to use driver’s licenses to vote.” They suggest that, as a country based on rules and laws, “we cannot reward people who broke our laws to be here.”

Governor Baker, in his veto of this bill, noted that it “significantly increases the risk that noncitizens will be registered to vote” while also putting too much responsibility on the Registry of Motor Vehicles, which he says “does not have the expertise or ability to verify the validity of many types of documents from other countries.”

The Yes on 4 group disputes these claims, calling them “disinformation and fear tactics.”

The text of the law specifies that applicants will receive a standard driver’s license, not a Real ID, which has a gold star in the upper righthand corner and is TSA-approved for domestic air travel. In order to prove identity and date of birth, applicants will be required to present at least two documents, one of which must be an unexpired foreign passport or Consular Identification document. Options for the second document include a birth certificate, a foreign or domestic driver’s license, or a marriage certificate. Documents not in English must include a certified translation. The law also requires that procedures be put in place to prevent automatic voter registration for applicants who do not provide “proof of lawful residence.” In addition, applicants will be asked to state, under penalty of perjury, that they have not had a license suspended or revoked in any other jurisdiction.

According to Yes on 4, “a yes vote means safer roads and better tools for law enforcement to do their jobs.” According to No on 4, this bill “significantly diminishes the public safety of all residents of the Commonwealth.” On November 8, voters head to the polls to register their opinion on these two competing claims.