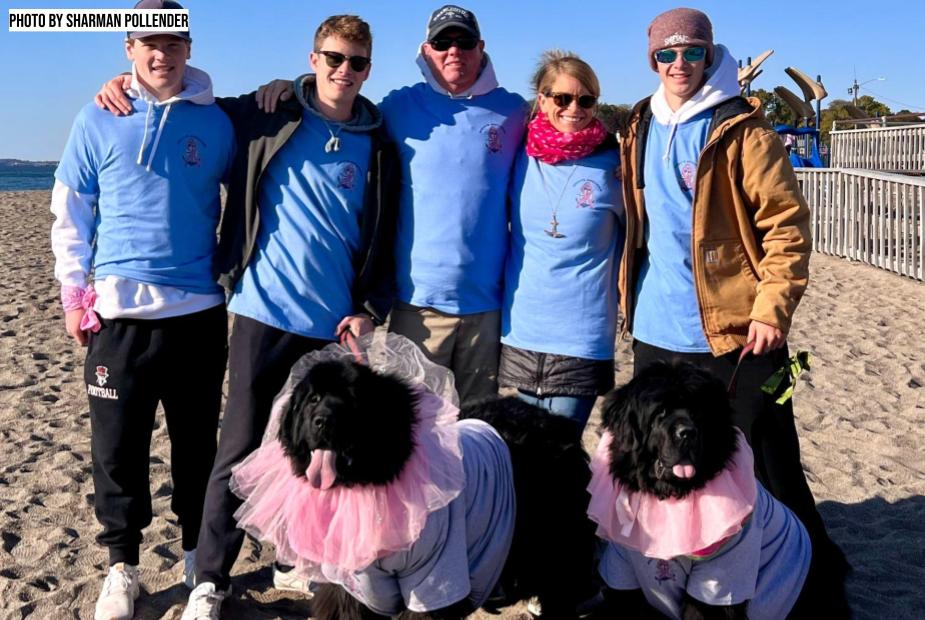 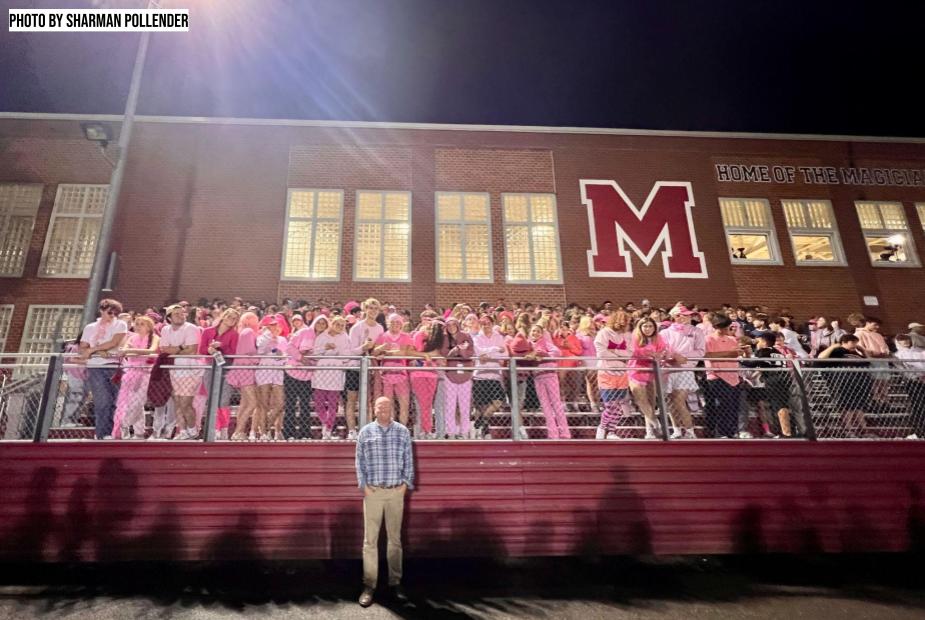 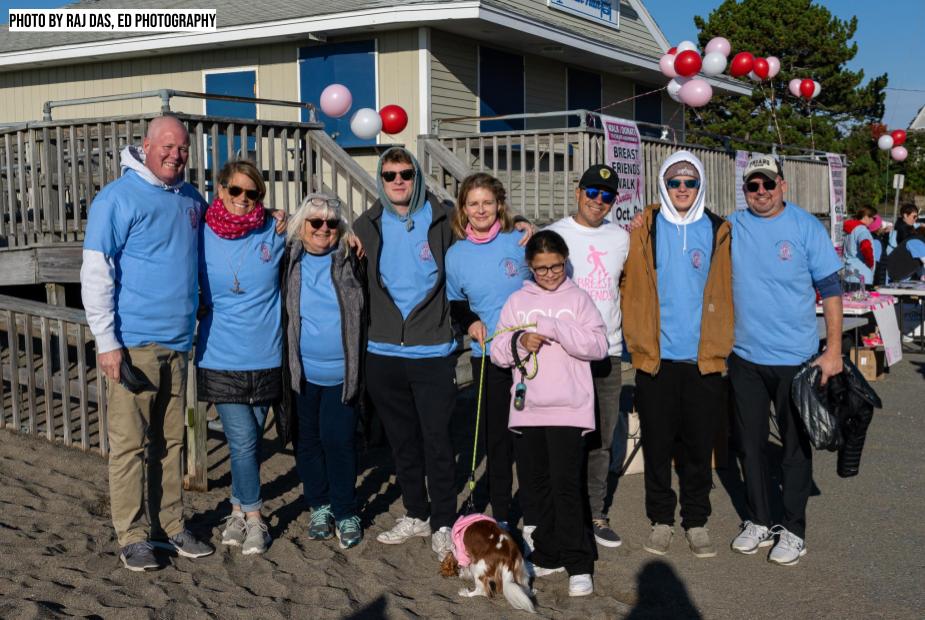 Breast Cancer: Men Can Be Diagnosed Too

“You have breast cancer.” These are devastating words for many women, but also, it turns out, for some men. In the summer of 2019, after feeling something irregular on his chest during a shower, Marblehead resident Andy Smith learned that he had ductal carcinoma in situ (DCIS). This exceedingly rare diagnosis is one of approximately 2700 cases of breast cancer diagnosed in males annually in the United States. “About 500 of those are fatal,” Smith shares with Marblehead Beacon, a number that is so big in large part because people are not typically educated to be on the lookout for lumps in male breast tissue.

“Had I not already been scheduled for a physical that same week [after finding the lump],” notes Smith, “it would have been invasive by the time it was discovered.” It was not long after his initial biopsy and discovery of ductal cancer in the breast tissue on one side of his body, in fact, that the cancer had already advanced, but luckily had not yet traveled to his lymph nodes. Smith feels extraordinarily lucky that he was in the hands of Dana Farber so quickly after finding the initial lump and noticing some bleeding from his nipple. “I had a mastectomy and was put on Tamoxifen (a medication designed to block certain hormones that can promote a recurrence of cancer) and was cleared,” he says, though he would go on to have regularly scheduled mammograms.

Then this past July, while soaping up in the shower, Smith noticed that near the scar from his mastectomy, he had a pea-sized lump. The cancer, it turned out, had returned, and he is now at the half-way point of an intense chemotherapy regimen, which will be followed by five weeks of radiation. Doctors are optimistic that this aggressive protocol will be sufficient to destroy the cancer entirely.

Yesterday Smith, his wife Robin, and sons Bodie, Miles, and Tucker (and dogs George and Chloe)–along with about 200 of their friends, family members, and supporters–joined the annual Breast Friends walk with Team “Andy’s Anchors.” The event, an annual walk around Marblehead Neck, raised more than $60,000 that will go to help patients at Massachusetts General Hospital’s Breast Cancer Center in Chelsea. More than a third of the money raised thus far has come from Smith’s team.

Smith and his wife were profoundly touched by the turnout at Breast Friends. “Coach [Jim] Rudloff even canceled practice today,” says Smith, so that the high school football team could come and support the walk. For Smith–himself a longtime youth football coach of many of the same boys that now play for Marblehead High School–the players showing up for the walk was especially meaningful.

The Breast Friends walk and fundraiser originally was started by Marblehead residents Sara and Adam Smith (no relation to Andy Smith) in 2005. Sara had breast cancer and died less than four years after the founding of the event. Her husband Adam continued running and managing the event for ten years until eventually, local teen Grace Elmer took over the reins back in 2015. Then just 13 years old, Elmer had been participating in the event since kindergarten, when her mom, Kara Elmer, was diagnosed with breast cancer. “I would make bracelets with my friends and sell them,” Grace tells Marblehead Beacon, “and I felt so proud turning in over $200 that I’d raised.” When she learned that Breast Friends was coming to an end, she announced to her parents that she wanted to take it over. “I had no idea how much work it would involve,” she says, but went on to manage the annual walk and increase the fundraising by leaps and bounds every year.

Now in college, Grace is able to take pride in the five years she ran Breast Friends. And when she left for Fairfield University last year, she turned things over to her cousin, Emily Lucien, a Melrose resident whose own mother died of breast cancer just four years ago. Breast cancer is very personal for the cousins, as their grandmother also has battled the disease. The three generations came together this year at Devereux Beach to participate in the race, and were overjoyed to see the enormous turnout, including from Andy’s Anchors.

With regard to breast cancer in males, awareness is in short supply, Smith believes, in part because of the messaging. The vast majority of breast cancer is, indeed, in females, but for those rare cases of men with breast cancer, early detection can make a world of difference. Smith hopes his openness about his own experience will contribute to a more public discussion of the disease.

Smith and his wife are owners of a local business, and while there are undoubtedly challenges to dealing with an ongoing health crisis while operating a company, Smith’s sunny disposition, gratitude, and optimistic outlook enable him to focus on the positive side of working for himself. “I’m fortunate to have my own business,” he says, without a word about the hardships involved in navigating the day-to-day operations while in treatment. And his attitude is contagious, as evidenced by the many participants at the Breast Friends walk who were all smiles.

Of his ongoing chemotherapy treatment, Smith says, “I get my infusions–just me and the ladies,” noting that he was “lucky” the Breast Friends walk coincided with the third week following his last chemotherapy treatment. The first two weeks post-infusion are generally the hardest, he says, but by the third, his energy begins to re-emerge, and he bounces back ahead of his next infusion, which in this case is tomorrow at Dana Farber.

For anyone interested in supporting Team Andy’s Anchors, donations may be made here.