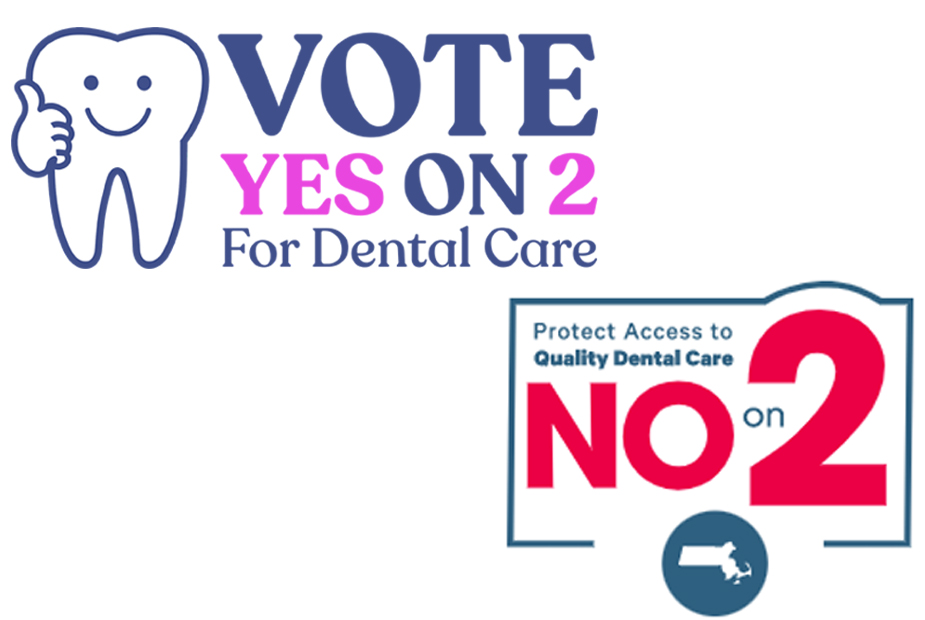 In an election season in which tax increases and undocumented drivers are on the ballot, Question Two is having a bit of trouble generating particularly strong emotions in either the pro or anti categories. Everyone seems to have something to say about amending the Massachusetts constitution to allow for a graduated income tax, but uncertainty appears to be the prevailing sentiment with regard to whether or not the state government should play a role in defining what percentage of premiums paid to dental insurance companies are allotted to patient care versus administrative costs or profits.

But good citizenship is, above all, based on good information, so here is a comprehensive (but concise) overview of what we are all being asked to decide with regard to Question Two, which will appear on the ballot November 8, 2022.

In essence, a “yes” vote would enable the Commissioner of the Massachusetts Division of Insurance to do two primary things: (1) approve or disapprove of the rates charged by dental insurers in the Commonwealth and (2) require that every dental insurance carrier spend at least 83 percent of premiums received on member care. This latter requirement refers to what is called the “medical loss ratio,” which is the ratio of payments made for dental services to premiums collected. A ratio of less than the specified 83 percent would require the dental insurer to refund excess premiums to its customers.

According to the Executive Office of Administration and Finance, this proposed measure would have no discernible impact on state or municipal government finances. The groups supporting and opposing this ballot question argue that it would have significant financial consequences for consumers.

On the “yes” side, the Committee on Dental Insurance Quality argues that Question Two simply extends consumer protections that already exist for medical insurance providers. The group notes that Delta Dental, a well-known dental insurance provider in Massachusetts, paid $382 million in executive bonuses, commissions, and payments to affiliates in 2019, while only expending $177 million on patient care. Claiming this is simply “corporate waste,” the Yes on Two group suggests that payments for patient services will increase, and prices won’t go up, because insurance companies will no longer be able to raise rates without obtaining state approval.

In opposition, the Committee to Protect Public Access To Quality Dental Care argues that Question Two will increase costs and potentially result in thousands of people losing their access to dental insurance altogether. The Committee notes that a similar law previously on the books was repealed by the state legislature in 2011 because it proved ineffective and overly burdensome.

The “no” side claims there are a number of misrepresentations in the “yes” argument, including double counting compensation claims and undercounting payments made for patient care. It also suggests that premiums will in fact go up, because the text of the ballot question only restricts one type of premium increase, and other types of premium increases would still be allowed. In addition, “no” proponents claim that there is insufficient data to analyze how most insurance companies are actually utilizing their funds.

In response, proponents of Question Two state that the No on Two group is misrepresenting the Milliman Report, which was commissioned by the National Association of Dental Plans in 2022 to review potential implications of the initiative petition. Claiming endorsements from a variety of groups including the American Dental Association, the Massachusetts Dental Society, the Massachusetts Dental Hygienists Association, the American Association of Endodontists, and many others, the Committee on Dental Insurance Quality say they are attempting to fix a broken system predicated on corporate misspending and waste.

The full text of Question Two encompasses approximately 2,500 words. For those interested in reading it in its entirety, it is available here.

The summary from the Massachusetts Secretary of State’s office is available here.