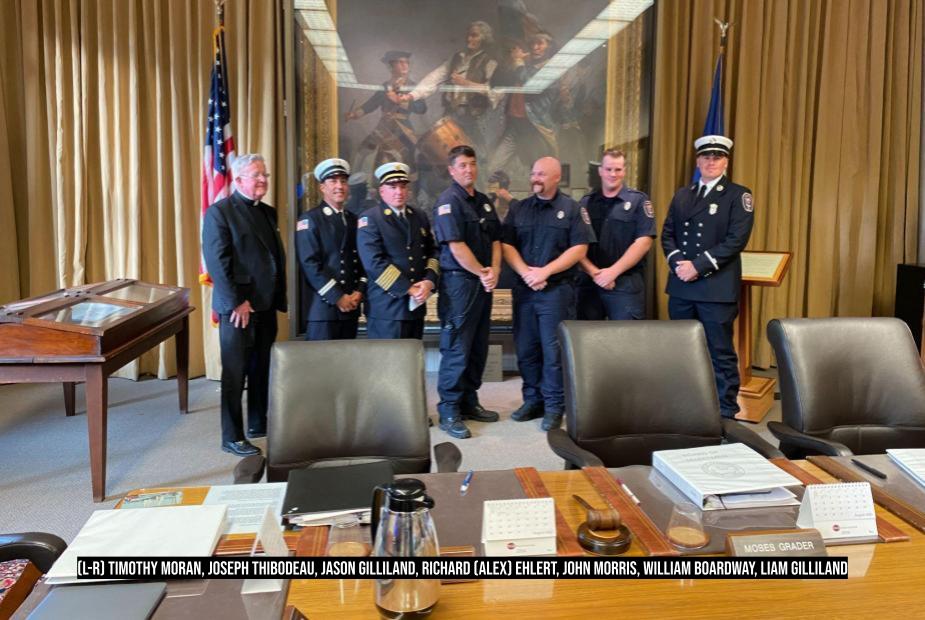 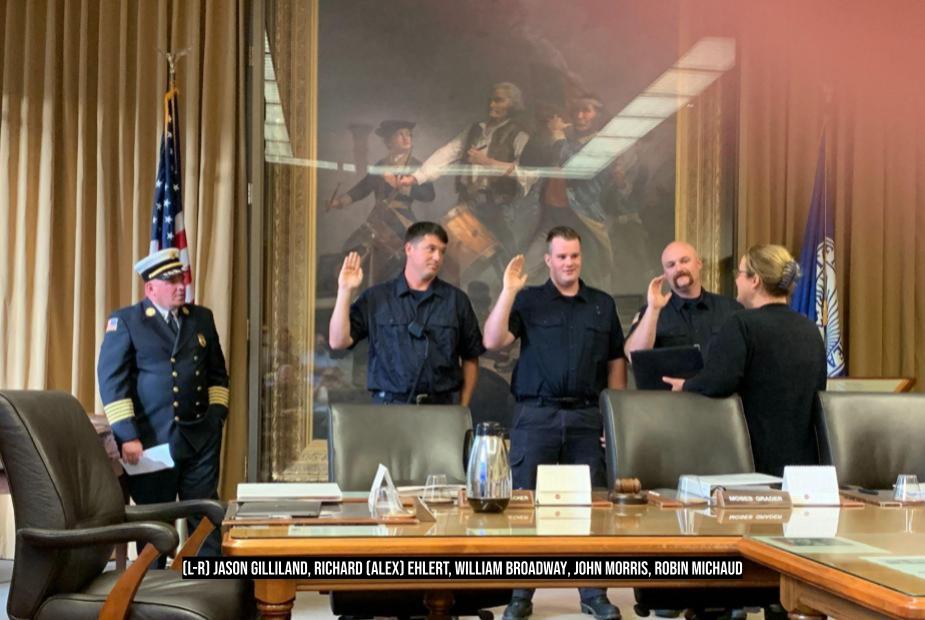 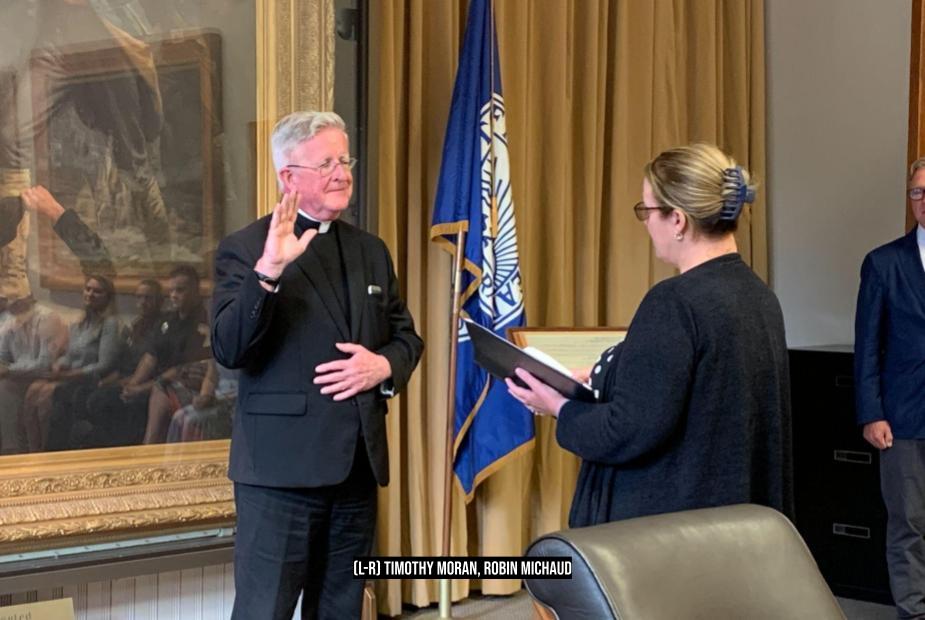 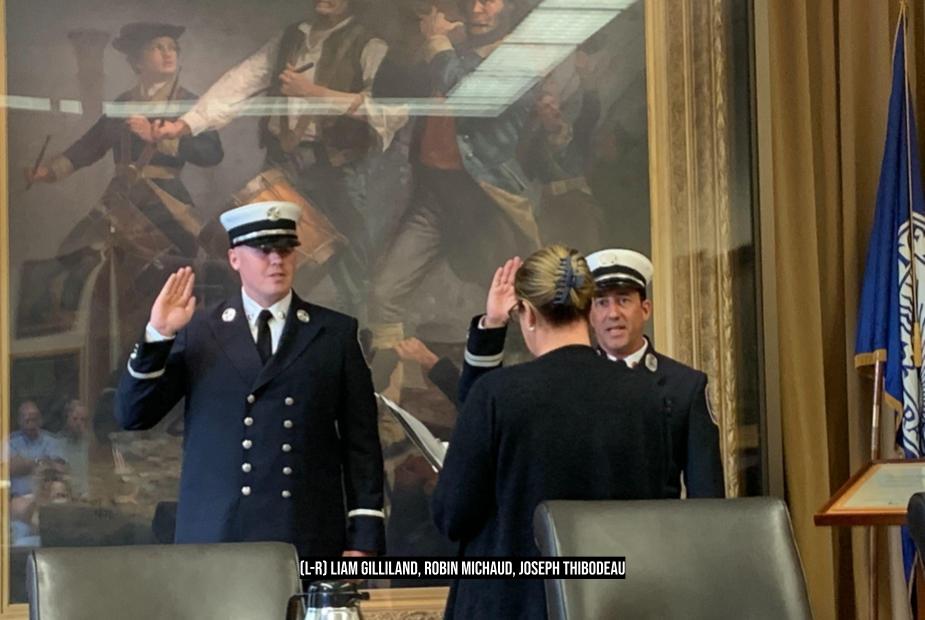 On Monday, August 16, 2022, Marblehead Fire Chief Jason Gilliland and Town Clerk Robin Michaud oversaw the swearing in of several new and promoted members of the Marblehead Fire Department. New firefighters William Boardway, who was an Eagle Scout, Richard (Alex) Ehlert, a former Marine Corporal from 2008-2012, and John Morris, who previously spent several years as a Marblehead Police Officer, were welcomed to the department. “It was a competitive list, but those three came out on top. They’ve been with us since 2021 and have been excellent firefighters. We’re very happy and proud to have them,” Gilliland said. In addition, Joseph Thibodeau was sworn in as captain and Liam Gilliland as a lieutenant. Gilliland commended the two, saying, “they’ve put a lot of work, time, and dedication into their jobs. They completely deserved their promotions.” Monsignor Timothy Moran, Pastor of Our Lady, Star of the Sea Church, was welcomed as the new Fire Department Chaplain, replacing retired Chaplain Rev. Dr. Dennis Calhoun.

Proud family members, firefighters, Select Board members, Town Administrator Thatcher Kezer, and many others attended the swearing in ceremony, which Gilliland described as a “recognition of all of their hard work in front of their friends and family.”