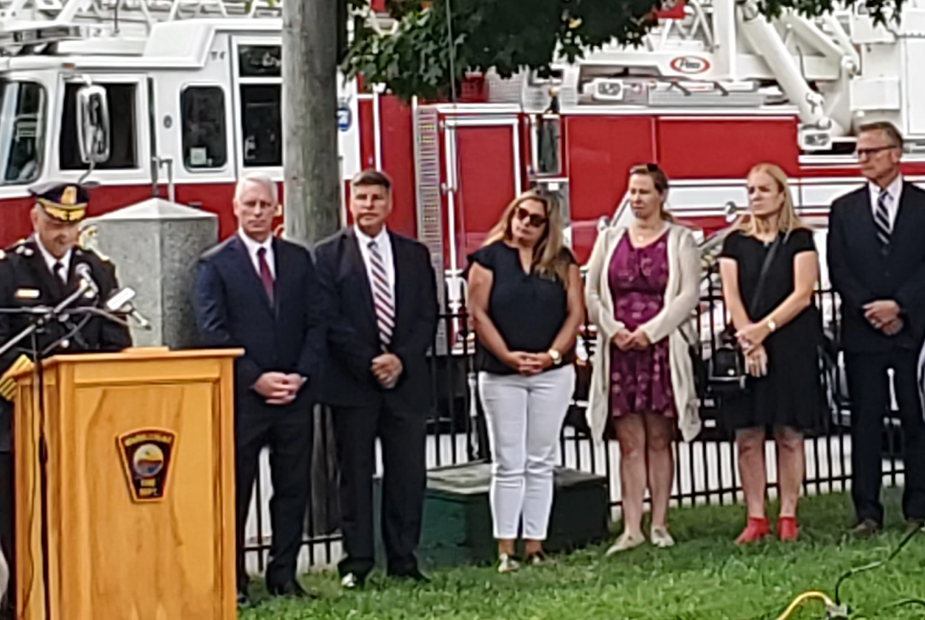 Marblehead Honors Those Who Lost Their Lives On 9/11 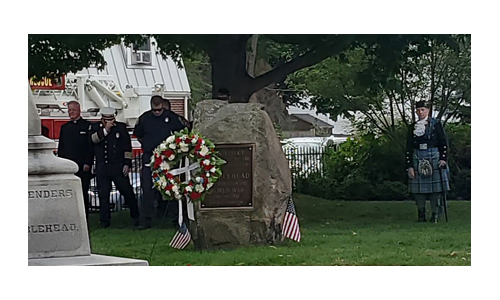 A solemn ceremony honoring those who lost their lives on September 11, 2001 was held at Memorial Park in Marblehead on the 21st anniversary of the terrorist attack.

Marblehead Police Chief Dennis King reminded those in attendance that this is "not only a day of remembrance but also a commitment to carrying on life in America without fear." He concluded his remarks with the pledge: "We will not forget. We will never forget."

David Meyer, the Rabbi at Marblehead's Temple Emanu-El, reflected the shared sentiments of the community, saying, "we recall with horror the terrorist attack of 9/11." Like Police Chief King, he also called on all Americans to turn their grief into determination and asked that the United States remain "united as one nation." He concluded, "May God ever bless these United States of America."