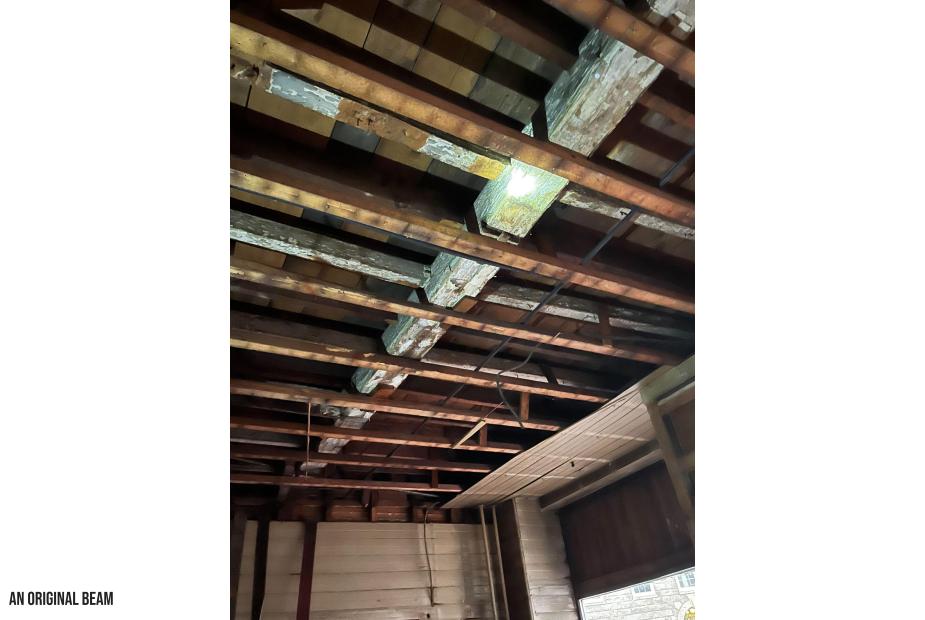 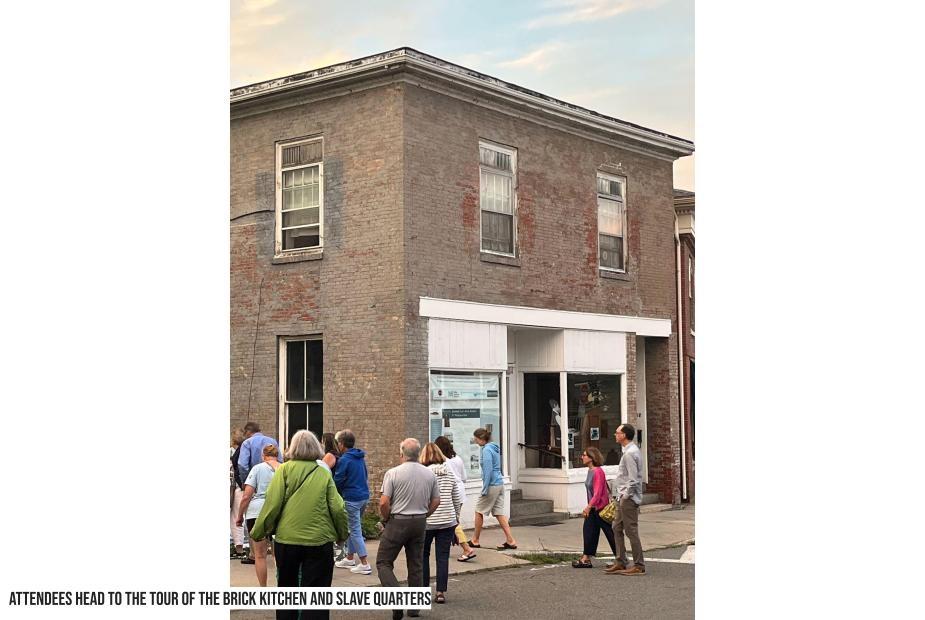 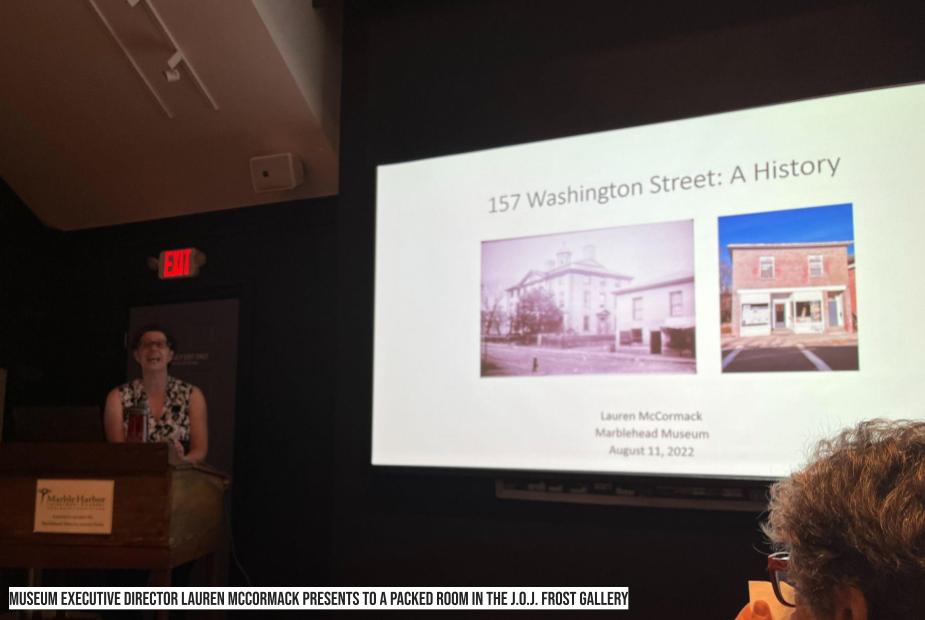 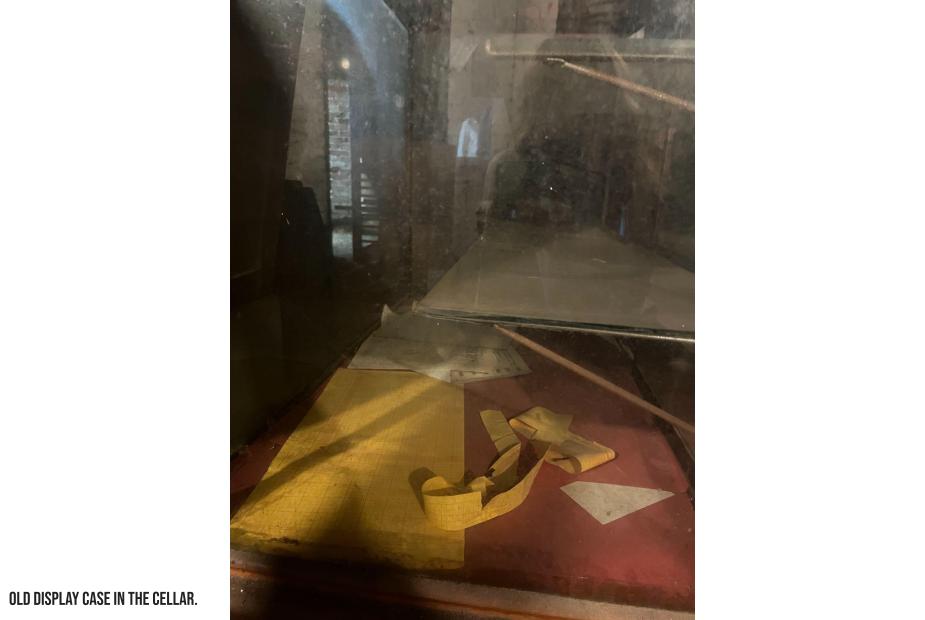 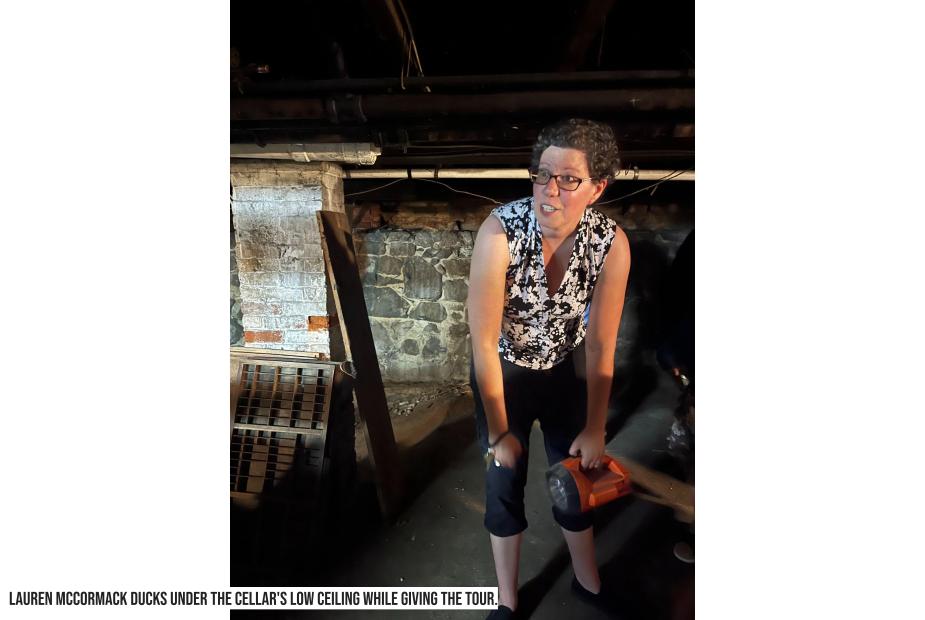 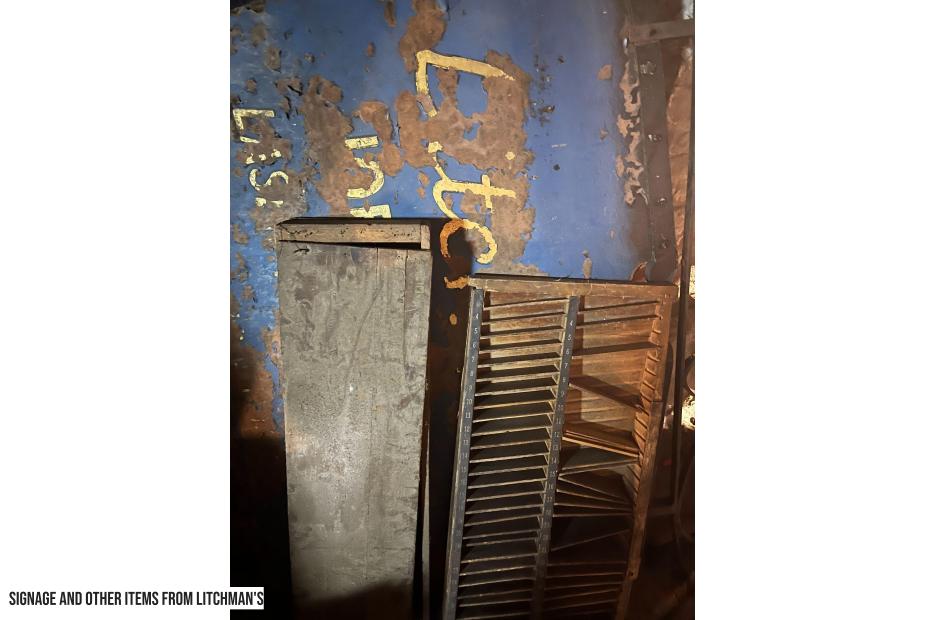 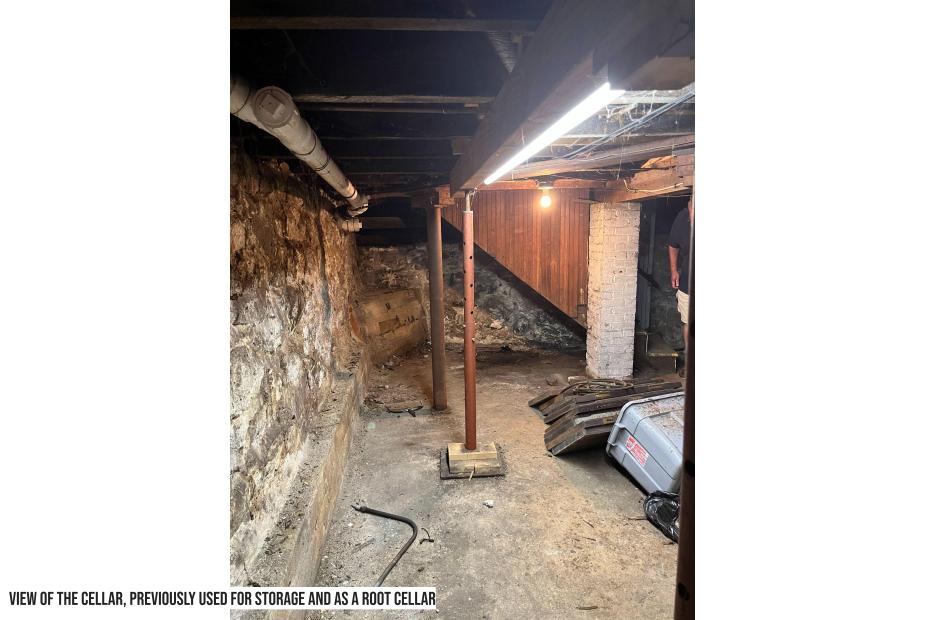 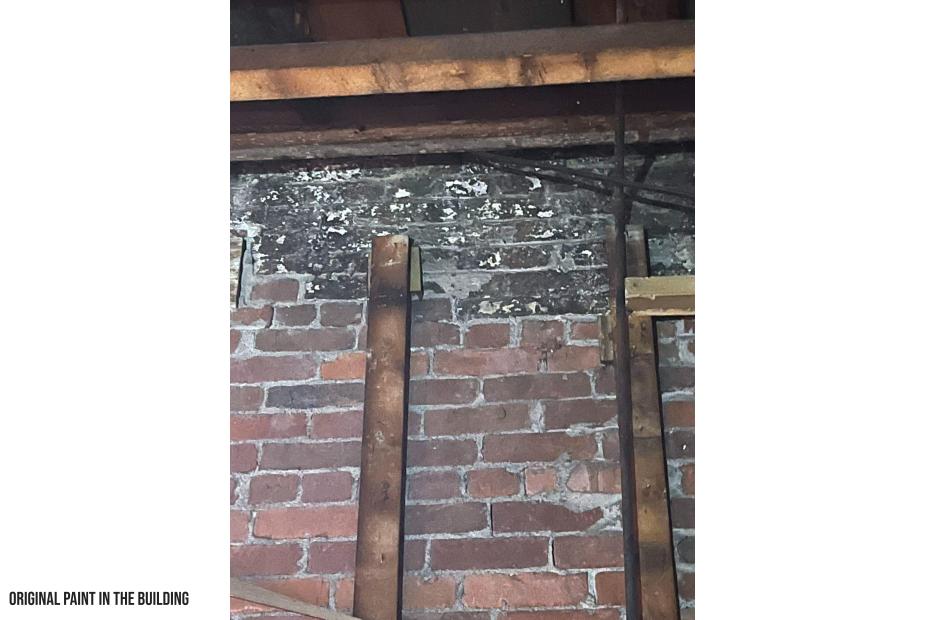 With the Marblehead Museum’s acquisition of Jeremiah Lee’s Brick Kitchen and Slave Quarters at 157 Washington St. in April of 2021, the museum will complete the restoration of Lee’s original 1768 property, becoming one of only three museums in New England with existing original detached slave quarters on display.

Museum Executive Director Lauren McCormack presented the varied and diverse history of the recently acquired property to a packed room in the J.O.J. Frost Gallery on August 11, 2022. McCormack detailed the first source of the history of the building—Ashley Bowen’s 1766 journal—all the way through the modern Litchman-Orne Print Shop.

In the process, she dispelled a widely-held rumor that the brick kitchen was used to make the biscuits for Jeremiah Lee’s ships, instead asserting that the “bake house” where biscuits would be made was mentioned in Martha Lee’s probate inventory of 1792 as a building she owned near where the Boston Yacht Club currently stands.

Though they haven’t found the “smoking gun” of evidence from the 1700s pointing to the building being used for Lee’s enslaved servants, McCormack referenced Marblehead lore dating back to the 19th century that identifies the building as Lee’s “slave quarters.” The property was likely the center of domestic labor, including the cooking, laundry, pickling, and preserving center for the Lees.

Excavation this summer by the Fiske Center for Archaeological Research found evidence supporting this assertion, including trash pits with food items and ceramic shards.

After Jeremiah Lee’s death, the Marblehead Bank purchased the building, and subsequently became a West India goods store and then Frank Bowen’s grocery. McCormack displayed several photos of the property from the mid- to late-1800s, where you can see the shopkeepers as well as hanging meats and dry goods on display for sale. She emphasized how in 1888, the Marblehead Bank “put a lot of money into the building” by raising the roof of the building by four feet, removing a partition between businesses, and adding the now-familiar glass display windows.

In 1909, the brick building went up for auction and photographer Fred Litchman purchased it in 1914 and transformed it into his studio and shop, eventually becoming the Litchman-Orne Print Shop.

The history of the enslaved people who lived and worked in the building is not so clear yet. According to tax records, three enslaved people were on the property during Lee’s tenure, listed as both boys and girls. Their history is being researched to determine what types of tasks and roles they played in the household.

The presentation concluded with a tour of the building and cellar that McCormack warned was full of spider webs. Before entering the site, visitors were told about the exterior brick laying and how to determine in which period the work was done. McCormack also pointed out the remnants of arches on the side of the building, which she said “remain a mystery.”

The first floor was dark with floor boards partially revealed and light shining through from the cellar. McCormack pointed out historical features of particular interest, including original beams and joists as well as original paint.

The cellar, full of hanging cobwebs from a low ceiling–as McCormack promised–also contained display cases from the print shop and old signage amongst other items.

The museum envisions the new space to have one side display the history and experience of enslaved people in regional coastal maritime communities, and another area to tell the story of the use of the building through the ages.

McCormack said the museum’s goal is to open a fully accessible Orientation Center and hands-on History Center at 157 Washington by the end of 2025. Until then, they will continue studying, restoring, and interpreting the building’s history.

The museum will host a fundraiser on September 10–the “September Soiree: End of Summer Speakeasy”–in the Lee Mansion Gardens. Tickets are on sale now at marbleheadmuseum.org.

The author, Elaine Leahy, is a Marblehead resident and freelance writer with an interest in history, nature, and sustainability.