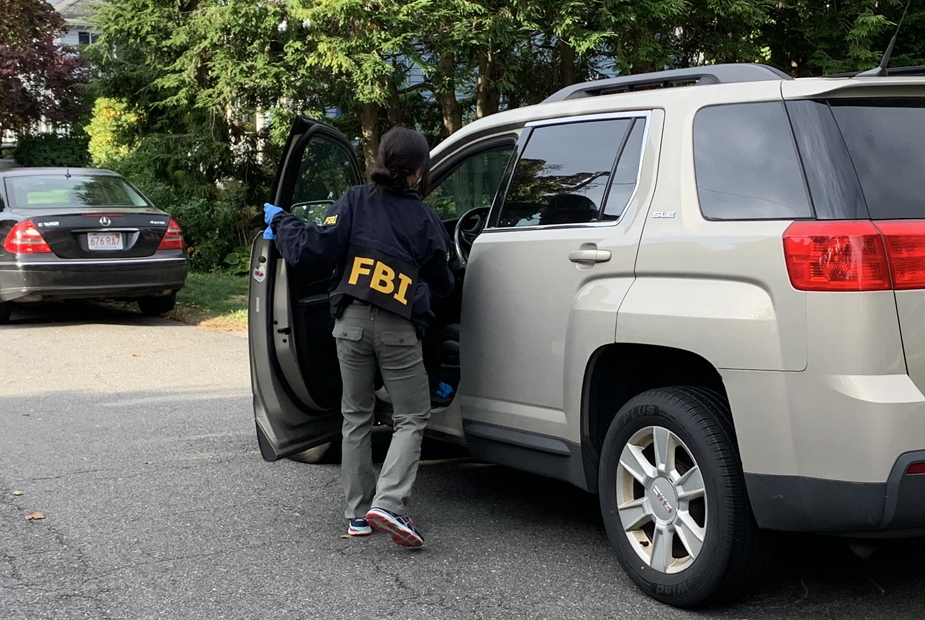 According to the charging documents, Bushell, who referred to himself as “Father” and “Rev. Fr.,” controlled several religious organizations based in Marblehead, and in cahoots with Attorney Stockton, fraudulently obtained more than $3.5 million in federal funds and loans through the Small Business Administration. The following organizations run by Stockton and Bushell were listed in the criminal complaint:

Attorney Stockton, who was the authorized representative and general counsel of the organizations, reportedly lived in the “Annunciation House” with Bushell. She has been a member of the Massachusetts Bar since 2013 and on her law practice’s website, uses a famous philosopher’s quote that states, ““Act as if what you do makes a difference. It does.”

With the proceeds from the alleged fraud schemes, Bushell–who had purportedly taken a vow of poverty as a “monk”–and Attorney Stockton had possessions that included a $40,000 Breguet Reveil du Tsar Boutique Edition watch, a $26,713 Breguet Table Clock from circa 1791, an approximately $42,000 membership to the Union League Club in New York, a monogrammed (for Stockton) Goyard designer handbag worth almost $7,000, $10,904 worth of wine (41 cases) from Gruet Winery, and $2,400 worth of Hermès and other luxury goods.

One of the many statements Bushell made in his applications and correspondence with various banks and lenders facilitating the funds he’d applied for included statements to a bank official in which he said, “I do not understand how you can justify literally taking food out of the mouths of starving refugees.” This correspondence was allegedly in connection to an application for money that his organization, the Egypt House, would use to help Ukrainian refugees.

According to the criminal complaint, “[s]hortly after CARES Act funds became available in April 2020, Bushell, with Stockton’s assistance, allegedly began submitting numerous applications to the Small Business Administration (SBA) to receive Economic Injury Disaster Loans (EIDLs) for the organizations that he controlled. It is alleged that in the applications, Bushell vastly overstated the organizations’ 2019 operational expenses for the purpose of obtaining larger loan amounts. In support of the applications to the SBA, Bushell and Stockton allegedly submitted false documents, such as income statements, that fabricated the organizations’ revenues and expenses. As a result of their alleged misrepresentations on these applications and in subsequent loan increase requests, Bushell and Stockton obtained $3.5 million in EIDL funds for St. Paul’s, St. Nicholas, Annunciation House and Marblehead Salt.”

Bushell and Stockton, according to the charging documents, “also submitted numerous applications for Paycheck Protection Program (PPP) funds for Bushell’s organizations.” They allegedly inflated the number of employees and payroll expenses in each borrower’s application. At least eight of the individuals named allegedly were never employed by any of Bushell’s organizations, but for this piece of the alleged fraud, they received $146,608 in PPP funds.

Among the numerous applications for forgivable loans and other federal funds were allegedly false statements such as the contention that St. Paul’s “provide[s] food, medicine, educational assistance and job and career counseling.” No such expenses could be found in the review of St. Paul’s financial records, according to the charging documents.

United States Attorney Rachael S. Rollins alleged “that these two individuals engaged in brazen, criminal behavior that took advantage of our government’s efforts to rescue organizations—both for-profit and nonprofit— by assisting with specific, legitimate expenses during the global pandemic.” She added that “[p]andemic relief funds are not ‘free money’”, but “are a lifeline designed to help business owners and non-profit leaders experiencing real economic hardship. Our government should not and will not foot the bill for fancy designer handbags and lavish lifestyles. Hard-working people deserve these funds.”

Special Agent in Charge of the FBI’s Boston Division, Joseph R. Bonavolonta, said, “Today, we arrested a purported Orthodox Christian monk and his attorney for misdirecting millions of dollars in federal emergency assistance from businesses struggling to survive, to line their own pockets for their own personal enrichment. We believe they clearly knew that what they were doing was wrong, but they did it anyway, spending tens of thousands of dollars on exclusive memberships, expensive wine, property, renovations, and even a $40,000 wristwatch.” Bonavolonta added, “[t]heir alleged greed is an affront to every hard-working taxpayer, and during these challenging times where scammers are doing everything they can to defraud people of their hard-earned money, the FBI is doing everything we can to make sure they don’t succeed.”

Special Agent in Charge of the Virginia Office of the Inspector General (a partner of the Pandemic Response Accountability Committee (PRAC) Fraud Task Force), Christopher Algieri, stated that they “will continue to work with our law enforcement partners to investigate allegations of fraud in government programs intended to provide relief to those impacted by the pandemic.”

The charging documents allege that, upon receiving EIDL and PPP funds, Bushell and Stockton used those funds on expenses that would not have been permitted under either program, even had the funds been obtained lawfully. Specifically, Bushell and Stockton allegedly spent over $1 million of the CARES Act proceeds for extensive renovations to two Marblehead properties they planned to develop into a monastic complex that featured a chapel, brewery, beer garden, approximately $90,000 in audio video system equipment and nearly $40,000 in antique furniture. They also purchased a new residential property and various fixtures, furnishings, and equipment for their various properties.