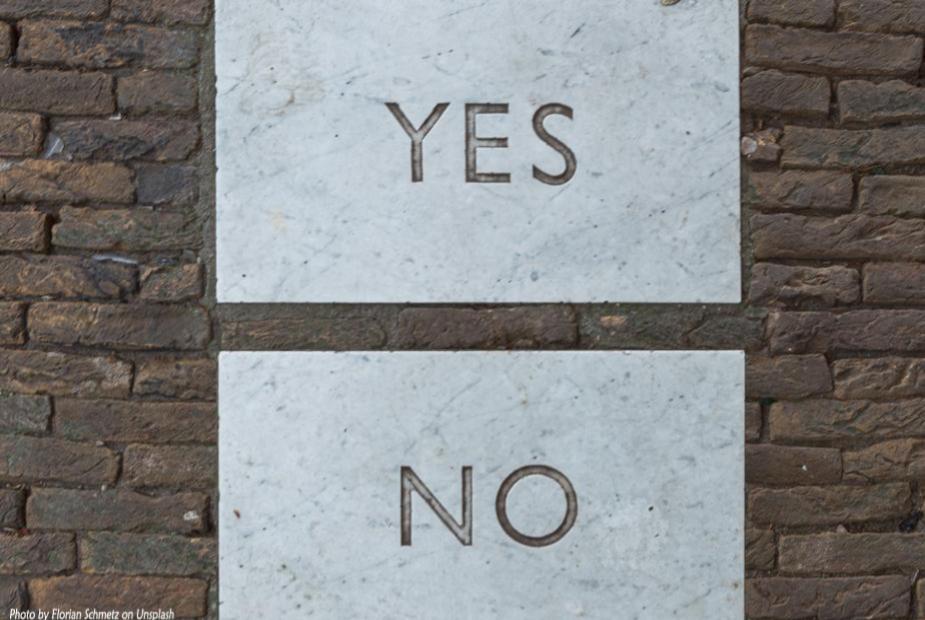 One Yes and One No: What Do the Ballot Question Results Mean for Marblehead?

Marblehead residents who headed to the ballot box this past Tuesday, June 21 decided to split the difference on the two ballot questions asking for tax increases. Question One passed easily. As a debt-exclusion override, Question One allows the town to borrow money through issuing bonds. The resulting temporary tax increases will automatically end when the bonds are repaid. Question One involved a clearly defined range of repairs and improvements that will take place over the next five years, including roads and sidewalks, upgraded technologies in the schools and town offices, roof reconstruction, the building of a salt shed, and the replacement of boilers at Marblehead High School.

Question Two, by contrast, failed by a more than two-to-one margin. As a permanent override, Question Two would have resulted in increased expenditures of more than $3 million in just the first year, and would have remained in place in perpetuity. While the funds were earmarked for the schools, there was not a clear explanation of specific expenditures beyond year one. At the first meeting of the School Committee following the election, Committee member Emily Barron registered her strong disapproval of the ballot initiative’s outcome. “I would…like to apologize because once again you have to go into the next school year without adequate supports, materials, professional development, curriculum, extra staff, and all the resources that you asked for and you needed that the override would have provided, and I am truly sorry because it is you, our teachers and our students, who will suffer and I want you to know that you are appreciated by us as a Committee and you deserve better and I am sorry.”

Opponents of Question Two were not surprised by its resounding defeat. John Prindiville, Chairman of the “No on Two: It Goes too Far” committee, spoke to Marblehead Beacon, saying, “What made our coalition unique was that the group behind it was not partisan, and it was certainly not made up of one demographic.” People assume that only people without children in the schools–like the elderly–could have been against this measure, noted Prindiville, a father of two children in Marblehead  public schools. Rather, he shared, “many of the members of this team were parents of children who attend the public schools, which means they have a strong interest in supporting our schools.” He added that “firefighters, teachers, parents of young children, and the elderly” comprised the group.

Prindiville believes that the rationale of the voters who overwhelmingly opposed this ballot question were multifaceted, based on the many residents of Marblehead with whom he’d communicated. One aspect was that the funding for year one was the only thing outlined, with “absolutely no explanation for how the money would be spent year two and on, yet with a permanent two-and-a-half percent tax increase annually.” Prindiville referred to it as a “slush fund.” Second, he noted, was that in the initial $3 million proposed, not one dollar was earmarked for teachers, yet 20 other personnel roles would be funded. “If a Diversity, Equity, and Inclusion specialist is something they wanted to hire, why not split the expense with Swampscott,” he added, referring to the proposed six-figure salary for that role. Third, Prindiville noted that enrollment has been declining significantly in recent years. “We went from 3,100 students to 2,600 and are on pace to be at 2,100 in five years,” he said, which is one reason why adding a significant burden to the taxpayers made even less sense.

It is unclear whether proponents of Question Two will go back to the drawing board again. Outside of a Special Town Meeting followed by a Special Election, which is exceedingly rare, the next opportunity to present another such override will be at the May 2023 Town Meeting.