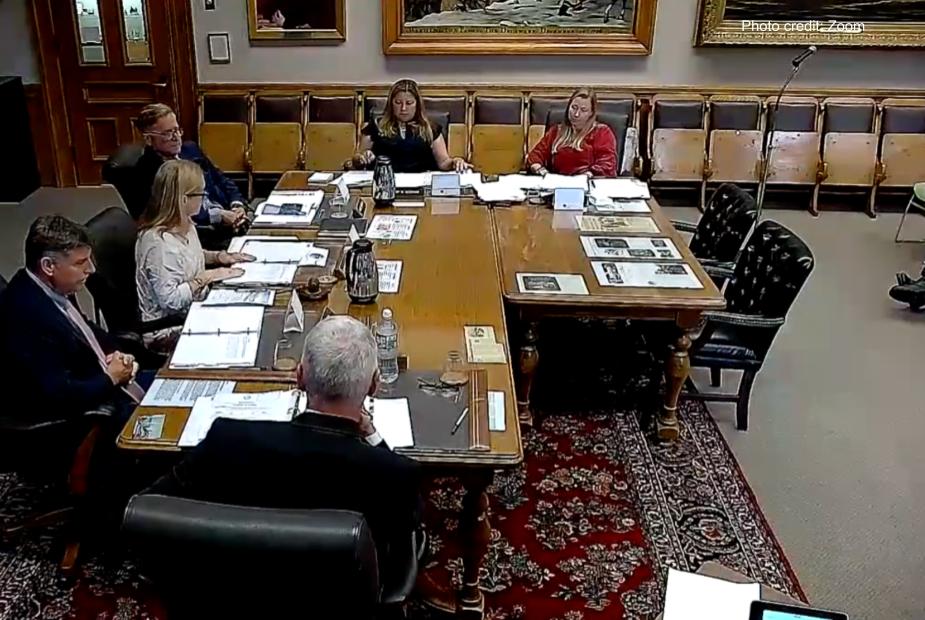 Select Board Overturns Itself

In an unusual move, the Select Board on Wednesday voted in favor of setting aside roughly $216,938 for Information Technology (“IT”) fixes and updates, and later in the meeting, retracted its vote. Having listened to input during the public comment portion of the meeting, the Board unanimously voted to reconsider its earlier vote and then delay voting again until more information could be obtained from the vendor who is slated to be providing the Town of Marblehead the IT services in question.

Initially, the Board listened to Thatcher Kezer’s presentation regarding the proposed IT contract. Kezer is Marblehead’s newest Town Administrator, and has been in the position for less than two weeks. Following his presentation as well as some probing questions from Board members Alexa Singer and Erin Noonan, three members voted in favor of the proposal: Moses Grader, Jim Nye, and Jackie Belf-Becker. Singer and Noonan noted that while they recognized the need for an IT contract, there was simply insufficient information; accordingly they abstained from the vote.

With three voting in favor, the motion passed. Public comment then took place, and additional questions were raised by Marblehead residents Steve Wolf and Mark Pelletier, as well as by Marblehead Beacon. The Marblehead Beacon reporter asked, in part, whether it was prudent for the Board to have voted to spend more than $200,000 for a one-year-long IT contract that could only be speculated about, and for which there was no stated metric by which success could be measured. It was following this comment period that the Board ultimately voted unanimously to reconsider its original vote and schedule a time to invite the IT vendor to take questions from the Board.

At the core of the issue was the proposed contract with EPlus, an IT company being considered to update and resolve some of the many issues plaguing the Town’s computer systems. As noted in a prior Marblehead Beacon piece on cyber security concerns brought to light by an audit performed in 2021, there are significant gaps in security and performance with some of the Town’s IT infrastructure.

Leading up to the initial vote, Kezer, in his presentation to the Board, noted that his predecessor had selected EPlus by utilizing the state’s procurement system to search for a reputable company. He went on to say that what the Board would be voting on was “providing a secure and reliable network system for the operations of the Town.” Kezer offered several highlights of what EPlus would provide for the nearly quarter-million-dollar price tag, which would include managed services for desktop computers in the Town, data storage, firewall protection, Microsoft Office for every Town computer, and the availability of a full-time EPlus employee dedicated to Marblehead’s computer needs. All of these services would be included for one year.

Select Board members Noonan and Singer raised questions about the lack of available answers regarding the scope of work EPlus would provide, including how it would deal with things like equipment failure or power outages, and whether the Town would be able to keep what it had purchased at the expiration of the contract. “Are we leasing or owning the data center storage, the firewall, and switches?” Noonan asked. Kezer responded, in part, “I’m not sure if we end the contract in a year whether we keep the hardware.” He went on to state that “there may be some buyout for the remaining value of it to keep it.” Grader speculated that the Town would be able to keep the hardware, but no one in the meeting was able to point to any documentation that laid out specific parameters.

Board member Singer similarly voiced some reservations about voting on something without having adequate information. “Part of my concern is having the time to delve into this,” she noted. “Looking at the statement of work, there’s no details. It says to refer to the service discussion and then it also notes to go to the scope, and then it references you down below and down below it points you back up top,” she added. “It is very vague in what they’re providing.”

Kezer acknowledged that he did not provide documentation to the Board ahead of time, saying, “There are three documents–about thirty to forty pages each–that specifically outline what these services are. I got those. But they also have a statement that they’re proprietary so I need permission.” He went on to say that his quick reading suggested that they would offer the Town the “services you would expect from this type of vendor” and noted that at an “appropriate time” he would share that information with the Board.

Kezer and at times Grader and Nye went back and forth with Noonan and Singer, the latter two of whom seemed hesitant to cast a vote on something so significant without having been able to properly review the scope of the work and understand the expectations of EPlus’s services. Noonan asked what would happen when machines, for instance, failed or broke down. “They’ll replace a machine,” said Grader, to which Noonan asked, “EPlus will?” At that point Kezer stepped in, appearing to clarify what Grader had said, noting that EPlus would make recommendations to the Town about what to buy when machines reached the end of their useful lives. This would, presumably, come at a cost above the originally contracted amount.

Toward the end of the roughly 30-minute discussion among the Board members and Kezer, Noonan, having registered concern about the impending rushed vote, asked, “Is there a time pressure?” to which Kezer responded, “I’m feeling it.”

Prior to Kezer becoming Town Administrator less than two weeks ago, six months had passed without any apparent action on the audit that had been released in December 2021. While Kezer’s predecessors reportedly had begun the process to find a vendor, ultimately landing on EPlus, the Board, according to statements made at Wednesday’s meeting, had never been given sufficient documentation to understand the breadth of work being agreed upon.

Marblehead’s Harbors and Waters Board: Should Volunteers Have Lifetime Appointments?

Also raised during Tuesday’s Select Board meeting’s public comment period was Marblehead resident Stefan Thibodeaux’s letter. Thibodeaux addressed the Board, thanking the members for reading his letter pertaining to the Marblehead Harbors and Waters Board. He noted that his vast education and experience as a scientist with numerical assessment skills could prove useful when dealing with issues surrounding climate change and erosion.

Following Thibodeaux’s comment and offer to volunteer to help the Town by serving with the Harbors and Waters Board, a discussion among the Select Board members ensued. Noonan asked her fellow Board members about the protocol with respect to such applications. Nye responded that there were no openings, as there were five filled seats and three alternates, with none up for removal. Noonan pushed back, saying that the terms in question for the appointed volunteer roles were meant to be one-year terms, so she wondered how there could be no openings.

The discussion continued with Noonan saying that from Town Meeting it was clear that “there is a desire from the community to see a more clear written policy around the volunteer appointment process…. I think that’s something we should talk about–creating more clear policies and procedures in line with best practices.” Grader shot back with, “The implication is that this is not best practices? I think you should really think through what you’re proposing.” Grader pointed out that the result of taking volunteers and firing them in favor of new volunteers was not ideal, and that the Board had operated this way for some 17 years. Noonan replied that what she was proposing was more about getting in line with many other communities and best practices in the arena by taking a confusing process and putting it in clear written terms, as well as balancing the merits of existing appointed members with new ones who could possess a “diversity of experience and [reflect a] cross section of the community.”

Nye suggested that having existing Harbors and Waters Board members be required to interview every year just to keep their position would be “insulting…when they really haven’t done anything wrong.” Noonan fired back, “The process right now is a lifetime Supreme Court appointment on these boards until somebody wants to leave, unless they’ve done something grossly negligent.” Singer stated her position, noting that it was important to “respect…the people who are already volunteering and giving time, and also find…a way to control for allowing for diversification on the Board, allowing new opportunities for people to come in..and that there is a mechanism for them to at some point be part of that process.”

I don’t think that “evaluating new volunteers discredits the incredible service of others,” noted Jocelyn Cook, a meeting attendee. “I do not think that this notion that we don’t have enough volunteers makes any sense when we do have volunteers and they’re just passed over.”  She noted specifically that, apart from selecting an alternate, there had been no movement on the Harbors and Waters Board since 2017. Cook then went on to point out that she had not heard any recent conflict-of-interest disclosures, particularly with respect to National Grand Bank, where Cook contends there is overlap between those serving on the Harbors and Waters Board and those involved in the bank, where Nye serves as president.