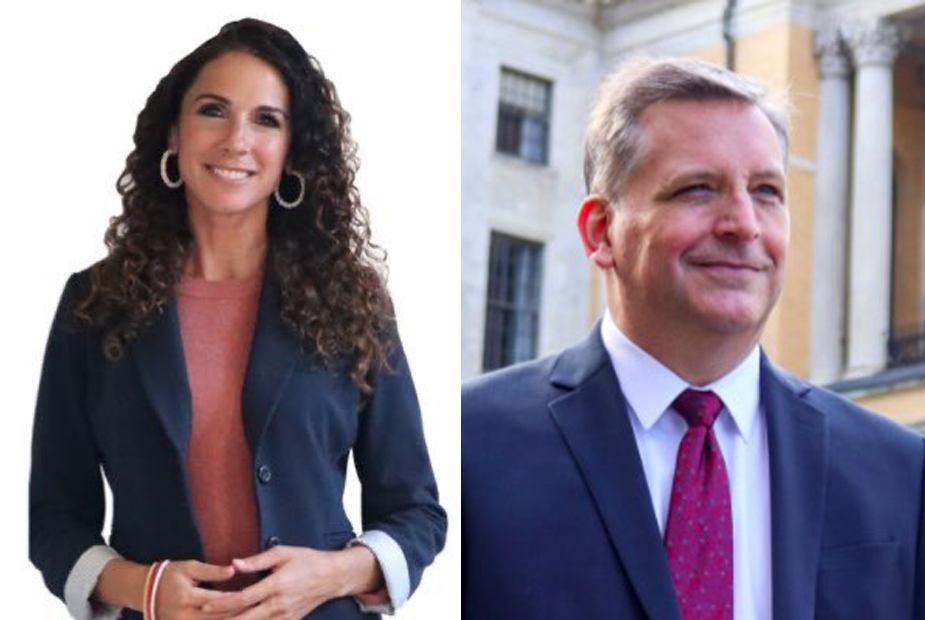 State Auditor: A Critical Role That Flies Under Voters’ Radar

Election Day’s outcome for the office of Auditor of the Commonwealth of Massachusetts–a role that is often overlooked during campaign season–could prove to be a barometer of voters’ appetite for any change this year. The current auditor, Democrat Suzanne Bump, is vacating the office after serving 11 years in the role, and the race for her seat is hotly contested. Democratic nominee and State Senator Diana DiZoglio is facing off against Republican Anthony Amore, each bringing to the table key endorsements and support. In order for the underdog, Amore, to prevail, he would have to buck a lot of history; the Democrats have held the auditor’s seat since the 1940s.

DiZoglio’s support comes in strong from labor unions like the AFL-CIO, from Planned Parenthood, and from other political candidates, including the likely next governor, sitting Attorney General, Maura Healey.

For Amore, support comes from past governors Weld and Swift, and he boasts the only statewide-candidate endorsement given by outgoing governor Charlie Baker, known for his popularity as a moderate. Amore, who supported calls for President Donald Trump’s impeachment after January 6, 2021, appears to be persona non grata with the more right-wing arm of the GOP. The state party’s website boasts every statewide Republican candidate’s photo there except his, and has not included him in some of its campaign literature featuring the other candidates. This has only galvanized Amore, who believes his independence makes him all the more suited for the role.

The job of auditor in the Commonwealth is vast in its breadth of duties, and includes oversight of the executive and legislative branch on Beacon Hill, as well as countless agencies, commissions, institutions, municipalities, and a host of other entities in the Commonwealth and their relationships with one another.

What ‘Independence’ and ‘Experience’ Mean to Each Candidate

Last week Marblehead Beacon spoke with the two candidates about the issues they see as most central to the role of Auditor, as well as their qualifications for the job. While both DiZoglio and Amore focus heavily on the need for an independent and experienced watchdog to handle the massive task and responsibility of auditor, their respective positions on what constitutes independence and relevant experience differ in fairly substantive ways.

For Amore, the ability to serve in the often unforgiving role of auditing and potentially finding fault with long-time Beacon Hill and government insiders is something that requires independence borne of experience with oversight, something his time working in the private sector as well as for federal agencies such as the Department of Homeland Security provide, he says. “Qualifications and experience matter,” he says, “I have been doing inspections, investigations, and audits for over 30 years.”

He also believes that having one-party control in all major offices in state government is not consistent with independent oversight, and he is concerned that his opponent campaigns with others in her party whom she could be responsible for auditing at some point. DiZolglio has accepted endorsements or campaigned with, among others, Maura Healey and current State Senator Brendan Crighton, who represents Marblehead in the State Senate.

DiZoglio believes that regardless of associations and her insider status as a legislator, she has retained independence while working as a state representative and state senator on Beacon Hill, and has “consistently stood up to powerful insiders to fight for transparency, accountability, and equity.” She touts her “most independent record on Beacon Hill,” and cites her history of having spoken out and sponsoring legislation about the unfairness inherent in legislators using taxpayer-funded non-disclosure agreements (NDAs) to silence former employees.

Amore firmly believes it is much easier to fall prey to influence when one comes from the halls of state government, and–as in the case of his opponent–has incredibly strong support from special interests. Specifically, he says, it’s DiZoglio’s outsized union support in the form of dollars and endorsements, as she has had nearly 100 campaign contributions from union PACs and has raised hundreds of thousands of dollars from these groups. In total, DiZoglio has outraised Amore by more than a factor of three.

For DiZoglio, no matter the source of her support, independence is something she says she has demonstrated time and again, including from the very beginnings of her legislative career some ten years ago. Prior to her ascent as an elected official, DiZoglio served as a legislative aide on Beacon Hill. It was in that job in 2011–while only 28-years-old–that she and a legislator headed into an empty House chamber in the middle of the night while attending a party after the state budget had been passed. After it was reported by a State House security officer, then-House Speaker Robert DeLeo announced that an investigation had concluded that nothing inappropriate or illegal had taken place. Nevertheless, DiZoglio endured what she says was an environment on Beacon Hill filled with the malicious circulation of toxic rumors. Ultimately, she says she found herself punished for the rumor mongering of others, and she was dismissed by her then-boss, Republican State Representative Paul Adams. In exchange for her silence pertaining to the dismissal, she says she was effectively strong-armed into signing an NDA in order to receive severance, which did not include anything beyond six weeks’ pay.

After her dismissal as a legislative aide, the matter of secretive NDAs (and their accompanying taxpayer-funded settlements), became central to DiZoglio’s mission to ensure that power imbalances are addressed. “I did not let them get rid of me or keep me quiet,” she says, referring to the fact that she propelled herself from legislative aide to state representative. She served in the latter role until 2018, when she became a state senator.

DiZoglio’s campaign website lays out her audit plan, which she names, “Diana DiZoglio’s Social Justice & Equity Audit Plan,” and about which she has been vocal on the campaign trail. The top priorities of her audit plan include: analyzing government contracts with minority-owned businesses; examining state contracts to ensure diversity; and reviewing all state agency contracts for diversity, equity, and inclusion accountability.

Amore, on the other hand, lays out a plan that leads with “Audit the Auditor’s Office,” prioritizing: a first-of-its-kind external audit of the Auditor’s office itself; making all audit findings readily available and transparent; rooting out waste at taxpayer’s expense at public universities; auditing the nearly 30 percent of all state agencies that have not been audited; and preventing what he calls “predictable problems” in various realms of state governance. With respect to matters of DEI, his plan notes that he would “grant… flexibility when recommending women and minority-owned firms for state contracts.”

DiZoglio is open about her experiences as a childhood survivor of sexual abuse and domestic violence and an upbringing by a mother who gave birth to her at the age of 17–someone who remains an inspiration to her. DiZoglio’s academic and professional achievements include launching herself from Middlesex Community College to Wellesley College, and many jobs along the way working with at-risk youth, waiting tables, owning a small cleaning business, and more.

She says she landed in the world of government and politics quite by chance. “I had deep community ties and spoke fluent Spanish,” she says, so when she was offered a job at the State House that offered health insurance, she took it. “I had no idea what a state representative did,” she says, “and ‘legislator’ was not part of my vocabulary.” The following year, after working as the Chief of Staff for the Professional Firefighters of Massachusetts union for four months, she began campaigning for the job of state representative.

Amore, a father of two adult daughters, whose candidacy has worked around his full-time job as the Chief Security Officer and Director at the Isabella Stewart Gardner Museum, has spent his career in various roles he says have constituted excellent preparation for the job of auditor. With a graduate degree in public administration from Harvard’s Kennedy School, Amore has served as a federal agent with both the Department of Homeland Security and the Federal Aviation Administration, both of which included responsibilities in the realm of oversight, regulatory enforcement, and compliance. In 2018 he ran unsuccessfully for the Secretary of State’s position against William Galvin, the Democratic incumbent of 27 years. Amore is also a New York Times best-selling author who has written three books about art heists and forgeries, and he is one of the world’s leading experts in the area of stolen art investigations.

After a long season of campaigning, next Tuesday will be the final word in DiZoglio v. Amore. A Suffolk University/Boston Globe/NBC10 poll from earlier this month shows DiZoglio with 39.8 percent of the vote, Amore with 25.2 percent, and the undecideds coming in at 24.2 percent, which constitutes the closest statewide race in Massachusetts. Amore will be watching the returns at his home, with family and friends. DiZoglio will be doing the same with supporters at Boston’s Fairmont Copley.

Editor’s Note: The author of this article knows Anthony Amore and contributed to his campaigns prior to the launch of Marblehead Beacon. One of her co-founders and colleagues, Jennifer Schaeffner, contributed to his 2018 campaign.