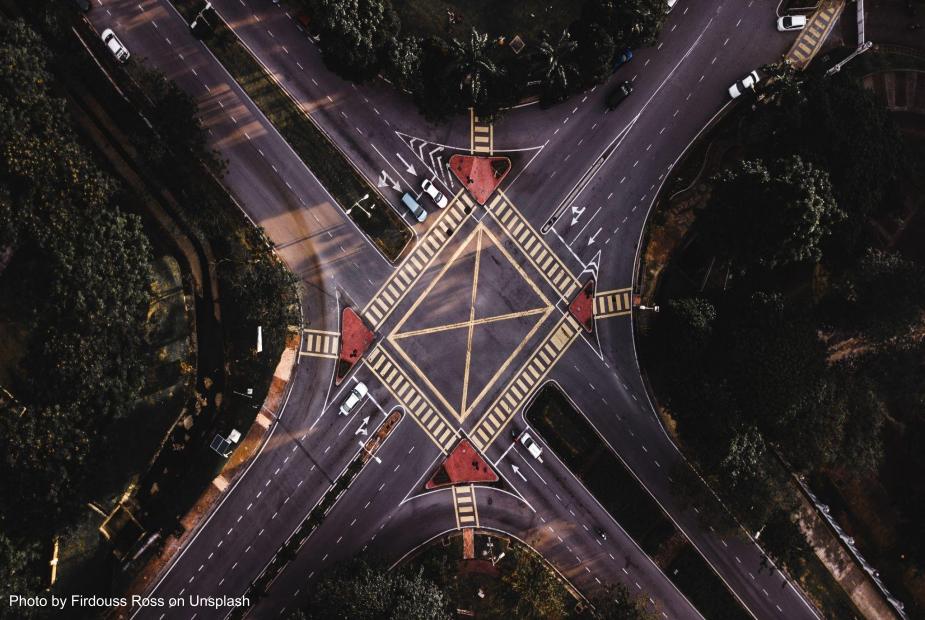 UPDATE June 29, 2022: The Highway and Engineering Departments issued updated construction information for this project. From June 29 through July 8 all roads will be open. From July 11-July 15 the temporary water main will be installed. You can see the announcement here and the illustration of the project below. 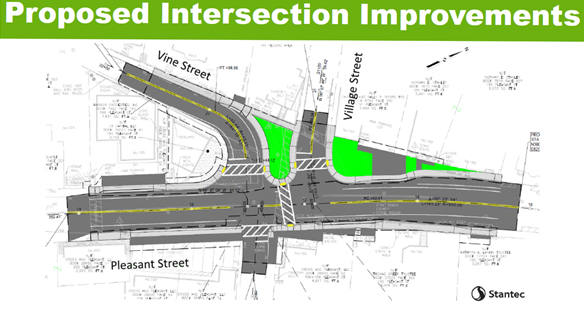 The Town of Marblehead is about to undertake a new infrastructure project on Pleasant Street, with work scheduled to begin on Monday, June 27. Water and Sewer Director and Public Works Director Amy McHugh, Town Planner Becky Curran, and Massachusetts Department of Transportation (Mass DOT) engineer Carmen Ilardi hosted a public meeting via Zoom on Thursday, June 23 to share details with the community.

Aptly titled the Pleasant/Village/Vine project, it has been in the planning process for several years and has two distinct parts. The Marblehead Water and Sewer Department will be replacing the water main pipes on Pleasant Street from the area near Village Plaza at Bessom Street to the intersection of Village and Vine streets. Funding for this portion of the project is by Marblehead Water and Sewer.

Above ground, there will be a reconfiguration of the intersection of Village, Vine, and Pleasant streets that will include reducing Pleasant Street to one lane and building a large peninsula jutting out from Vine Street, across the current parking area of the former B&B Fish restaurant and into Pleasant Street. After the construction portion is completed, the roads will be repaved. The contractor for both portions of this project is Aqualine Inc., and it is managed and funded by a grant from MassDOT. In a conversation Friday afternoon, McHugh emphasized that this project is not part of the Question 1 override that was approved earlier this week.

Ilardi explained that the purpose of the project is to make this intersection safer primarily for students who cross those streets during school days on foot and bicycle. The goal is to reduce the width of Pleasant Street going toward downtown to one lane and build a large peninsula to route traffic from Village Street out onto Pleasant Street and back around to Vine Street, creating in effect a U-turn for cars.

The project is slated to begin June 27 and be completed by October 3. At times throughout this period Pleasant Street will be partially or completely closed to traffic. During these closures incoming traffic will be detoured up Village Street and down Heritage Way to Bessom Street and up Cross Street to Rowland Street. McHugh explained that the school department was contacted earlier in the process and said it is likely that traffic will be reversed when going around the Veterans Middle School, with traffic entering the campus on Pleasant Street, currently the exit, and exiting out onto Vine Street. No one from the school department attended the meeting and calls to Facilities Director Todd Bloodgood on Friday were not returned. Curran and McHugh stated that part of the reason for the scheduled start date was to coincide with summer recess.

Several resident and business neighbors attended the meeting and had a number of questions and concerns. Most were worried about traffic during the road closures and the ability for customers to access the businesses on the street. Several people expressed disappointment that this was the first they were made aware of this project, days away from the start date. McHugh sympathized and offered that she is new as the Director of Public Works (DPW) since the previous Director resigned several weeks ago. While responsible for the water main portion of this project, she is just getting up to speed on the street portion.

Ilardi presented several diagrams and drawings of the expected street work and the traffic flow during road closures, including the detours. When asked, Curran committed to posting the documents on the town website and trying to get more realistic renderings. As of the time of publication, there were no documents available online. The meeting was recorded by MHTV and when contacted on Friday, Jon Caswell of MHTV indicated the recording will likely be available online by Monday.