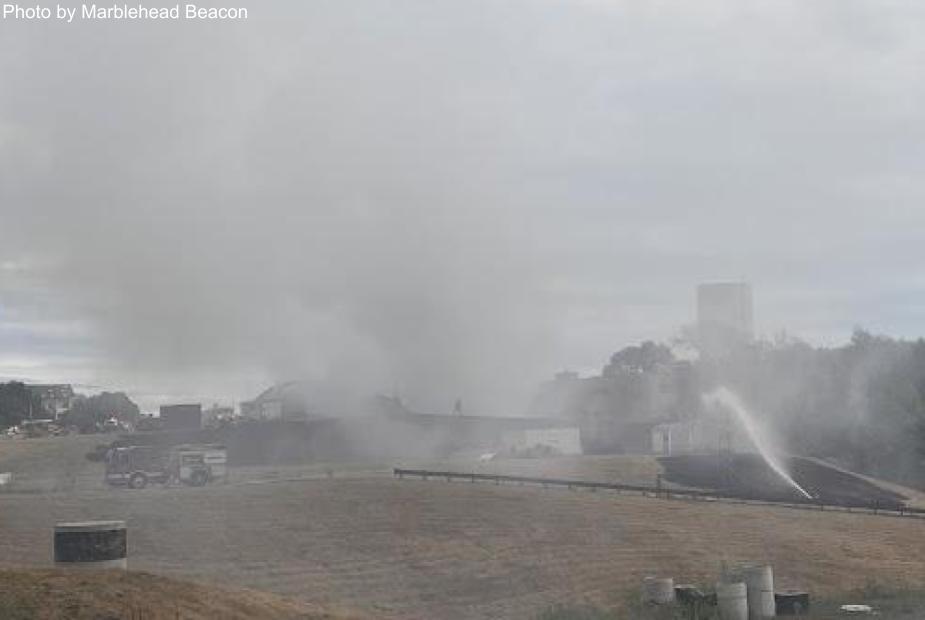 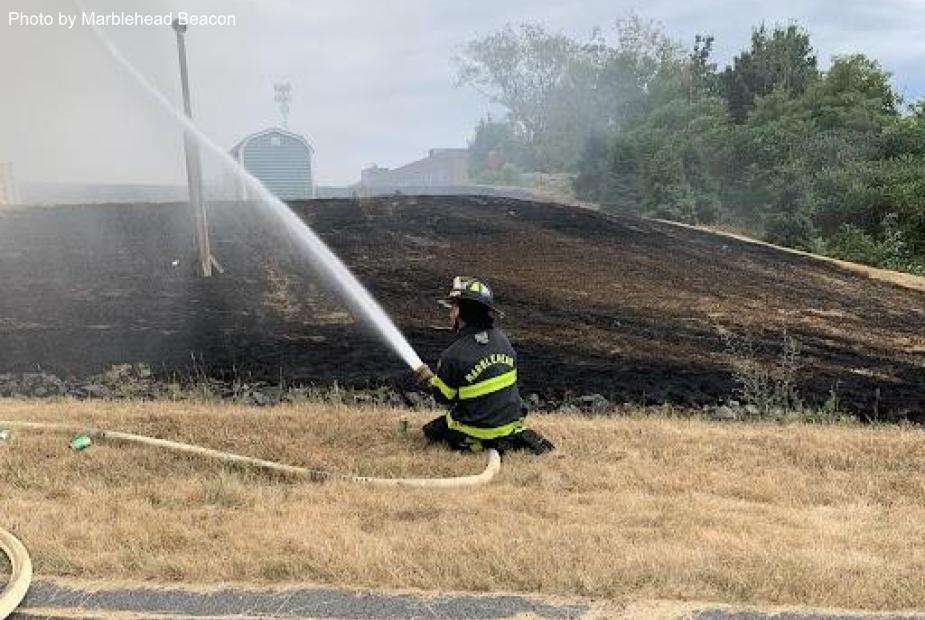 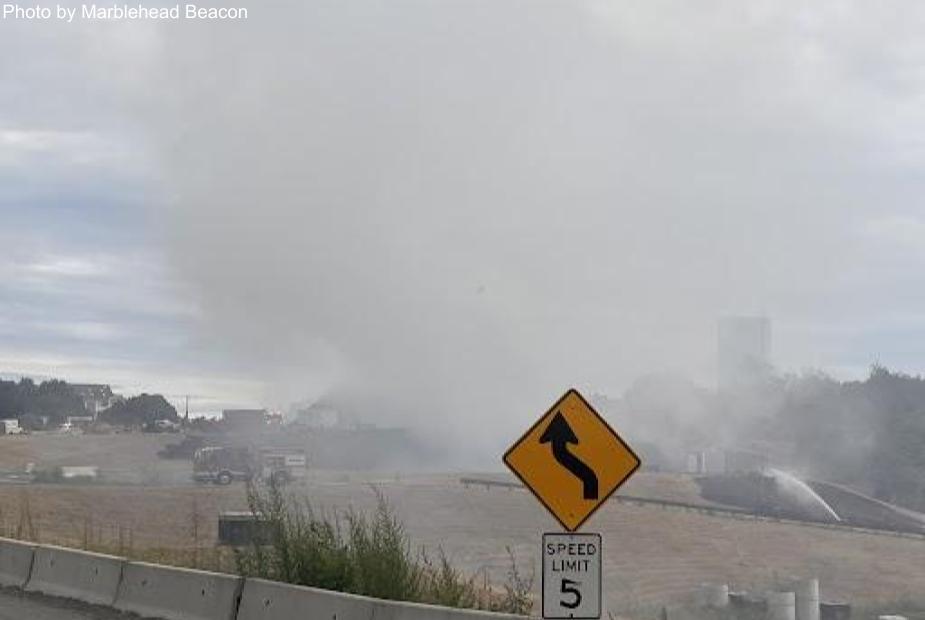 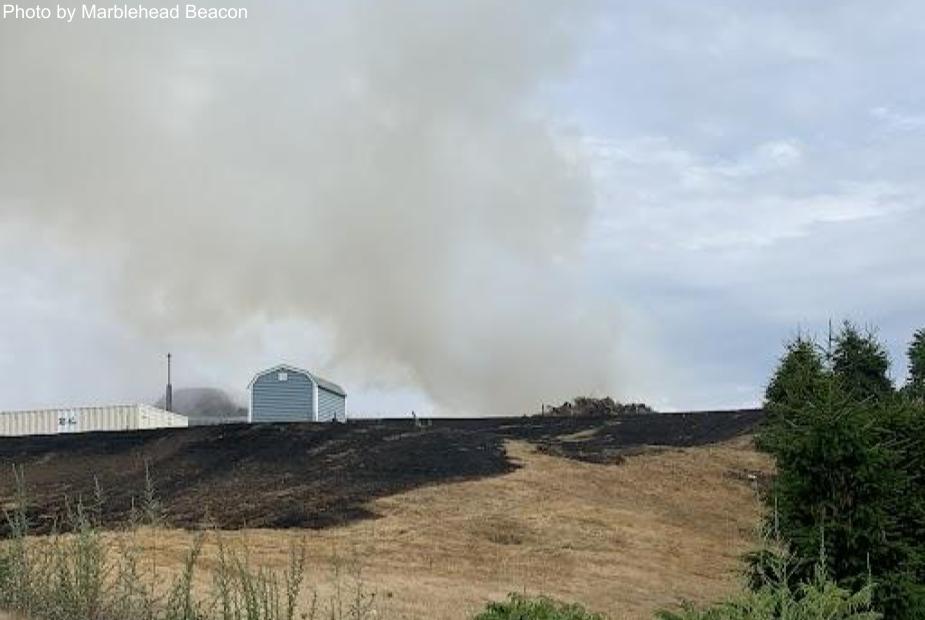 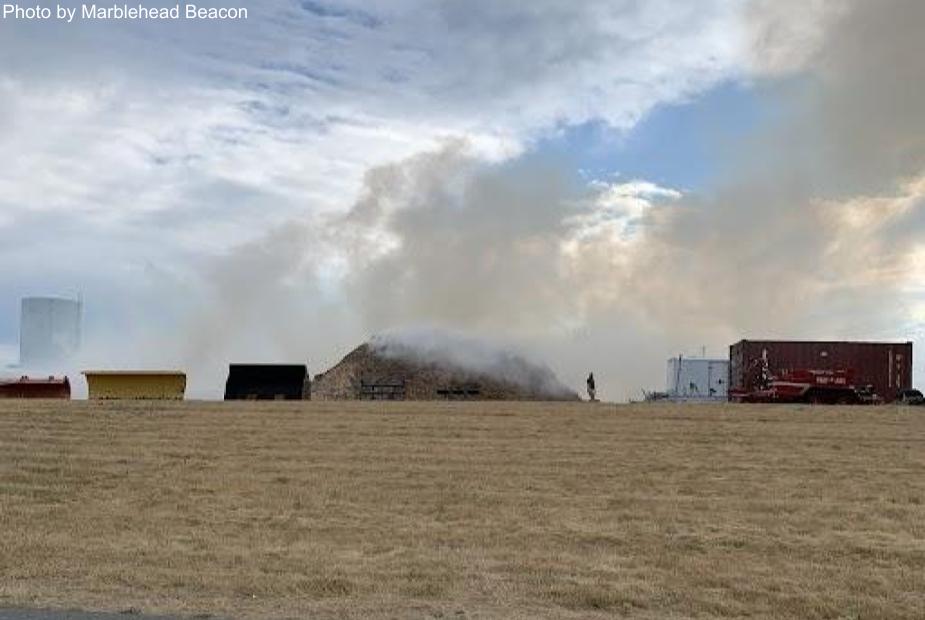 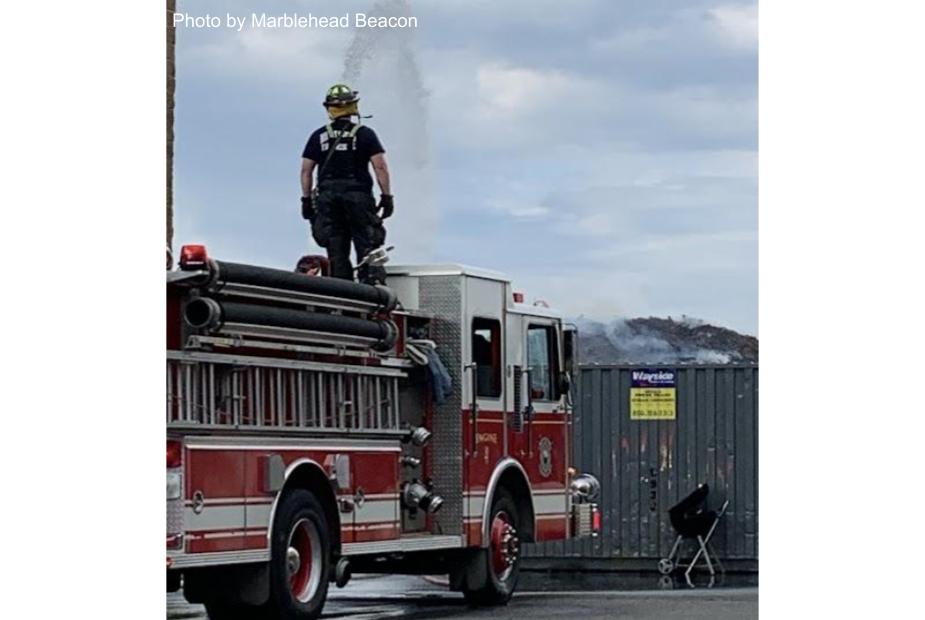 Update: 5:55: A bystander who asked not to be named spoke to Marblehead Beacon. "I should have brought a mask," he said. "It's like the end of days out there with all the ash falling from above."

The gates were open and bystanders were seen freely moving around as the fire was being battled. It was not evident if the scene was going to be closed off for investigative purposes.

Late Monday afternoon the Marblehead Fire Department responded to reports of a fire at the Transfer Station. Reportedly other units from various surrounding towns have been called in for support and evacuations were underway according to a live police and fire scanner feed.

An employee from Marblehead Collision who asked not to be named called in the fire. "I saw the fire at 3:54," he said, "and it was shooting up from the compost heap." He called it in to first responders. Another bystander and self-described volunteer fire figher who also asked not to be named stated that Peabody and Salem trucks were called in, and two Marblehead ladder trucks were on scene, with one of the town trucks thought to be in for repairs. This has not been confirmed. Overheard by a bystander was a firefighter saying, "We're going to be here all night."

STAY TUNED FOR UPDATES AS THE STORY CONTINUES TO UNFOLD.