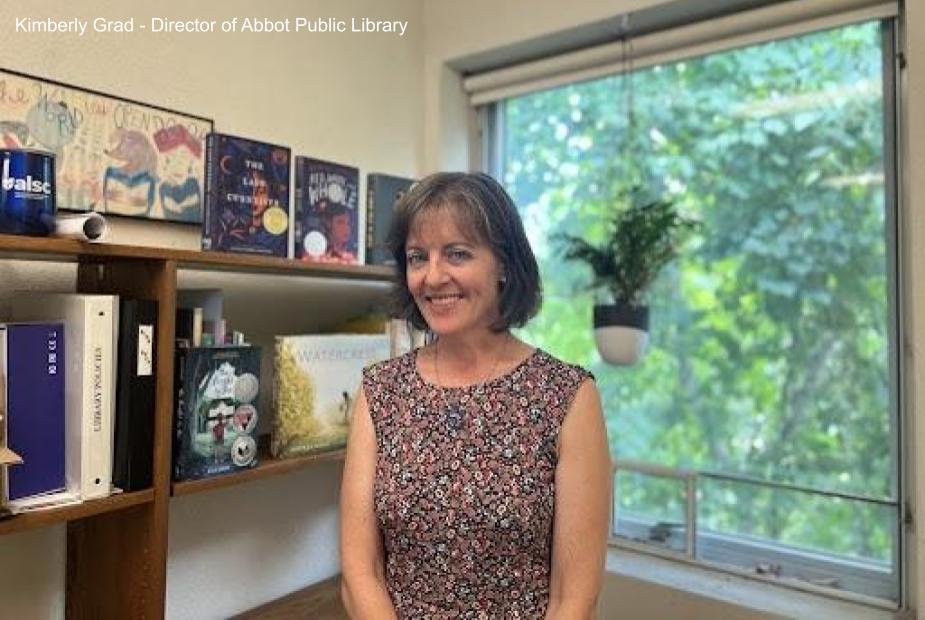 As Abbot Public Library prepares to undergo a comprehensive renovation–the first since 1989–its newest Director, Kimberly Grad, sat down for an interview with Marblehead Beacon. The project will require the library to vacate its current building and temporarily relocate to Eveleth School at 3 Brook Road this fall, and Abbot staff are preparing both for the move and for the return to the library’s permanent home on Pleasant Street–forecast for spring 2024. “We will be continuing our library services at Eveleth,” says Grad, noting that while select programs will be on hiatus this August and September, they will be back once the move is complete. Though only approximately 40% of the library’s materials will be moving to Eveleth, according to Grad, all components of the library’s current collection will be represented, and members will be able to obtain other books as needed by using interlibrary loans.

“We will be able to access everything we need,” says Grad of the projected 18-month interim period. From child and teen offerings to tech support, quiet reading areas, public-meeting spaces that will accommodate up to 45 people, book clubs for adults, and the online Noble Network, Grad expects to meet the needs of the community for library resources. “Gallery programs will be on hiatus during the renovation, but we will use our time wisely,” she says, in order to gear up for a robust gallery program once the renovation is complete. “Also, we expect to collaborate with the Marblehead Public Schools this fall,” Grad adds, “and will even add programs while we’re at the interim space.”

The Nuts and Bolts of the Project

The upcoming project, according to Grad, will replace the library’s elevator, stairs, and HVAC and electrical systems, and will update its Americans With Disabilities Act (“ADA”) access (including the addition of more ADA-compliant public restrooms), as well as other much-needed fixes. Additionally, in an effort to make the library more user-friendly and accommodating of modern-day needs, the project involves the redesign of the entire front entrance as well as  reading spaces, study nooks, and other frequently used areas. Plans also include updates to the library’s technology offerings, creation of a “maker space,” and improvements to the catering kitchen to facilitate events. Grad adds that Gary Amerik, who serves as the Chair of the Board of Trustees and of the Building Renovation Committee, is and will be instrumental in guiding the process of the renovation.

With a new website unveiled just last week, Grad believes the improved interface and substantive additions to the site will make it more accessible to the community, and a place where updates regarding the renovation will be available. “Whether you want to find out how to borrow books, digital materials, or items from the Library of Things, use museum passes or meeting-room facilities, attend programs, or get involved in helping the library to grow by donating…to the Abbot Public Library Foundation or joining the Friends of Abbot Public Library,” the website and its accompanying blog will be the place to go for information and updates on the renovation. A “Back-to-School” event also is tentatively planned for this fall will introduce the interim space to the community and will highlight the library’s future.

In 2021, Marblehead voters passed a debt-exclusion override for $8.5 million to go toward this $9.5 million renovation project. The $1 million balance will come from already-raised foundation and individual contributions. The goal for the next several years is to raise an additional $2 million to pay for things such as ongoing infrastructure needs, technology, and other upgrades and upkeep. “For the override vote, we felt we needed to show voters through our public-private partnership that we would be good stewards of the investment entrusted to [the library leadership],” says EuRim Chun, President of the Abbot Public Library Foundation. “Marblehead residents are incredibly generous,” she adds, but tend to be inclined to support overrides only when they believe there is “transparency, a promise to take care of the investment, and a strong case made for the need.” Among the things Chun said were critical to showcase to the voters was the fact that our town library is relevant in our modern landscape. “Abbot Public Library can be a hub for our town,” says Chun. Particularly after its renovation, it will be a “place to gather, to exchange ideas, and to utilize so many free resources.”

Chun managed the advocacy effort that led to the successful ballot measure vote, but points out that Nancy Perkins Arata, then-Chair of the Board of Trustees, along with her team, delivered the tremendous private fundraising results that will serve as a substantial supplement, and showcases the public-private partnership so integral to the library’s success. Perkins Arata notes that the more $1.2 million already raised privately over three years came from “gifts ranging from $50 to $250,000,” and that “the private funds were secured before we asked the Town for the $8.5 million override to complete the project.”

A former Brooklyn Public Library senior manager of 60 branches, Abbot Public Library Director Grad brings operational know-how to the undertaking. “I’ve been a children’s librarian too, and worked in marketing at Penguin Publishing for 20 years,” she says. She is currently being called upon to use her decades of varied skills to act as a project manager for the two big moves–one to the interim space and one back to the renovated facility in 2024–while managing the operational side of the project to renovate and remodel the building itself, all while overseeing daily operations.

A massive spreadsheet at her fingertips, Grad is organizing the move of library materials, the storage of delicate art, artifacts, and furniture, and all the other critical pieces involved in transferring decades worth of public resources from one physical location to another. Constantly pointing to all the people who are involved in helping her, she acknowledges that she “wears many hats” and must focus on ensuring that workflow doesn’t suffer during the moves, that the critical IT and telephone needs at the interim location are up and running, and that the extensive inventory of the library is reflected on the master spreadsheet. From technical matters such as taking linear shelf measurements to determining which books should be donated, Grad is involved in the soup-to-nuts management of the operation.

The Board of Trustees: Two Newly Elected Members 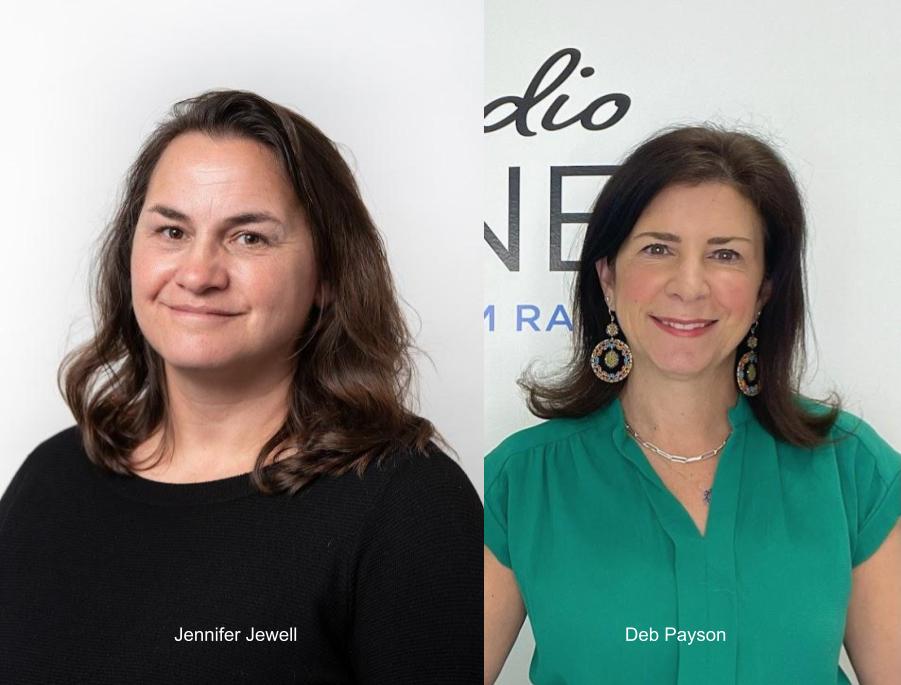 The two newest members of the Abbot Public Library Board of Trustees are eager to help Grad with the ambitious project. Deb Payson and Jennifer Jewell were elected to their positions as Trustees in June’s town election. “After many years of planning, the community supported a substantial investment to update and renovate the building,” says Jewell, who earned a Master’s degree in Public Administration and currently serves as the Chief Financial Officer of Jewish Vocational Services-Boston.

Payson, the Strategic Growth and Sales Manager at Raveis in Marblehead, brings a background that also includes a Master’s degree in Public Administration. Her career has spanned many years of extensive marketing and communications work, jobs on Capitol Hill, and more recently, her role as Executive Director of Marblehead’s Chamber of Commerce. “I am looking forward to partnering with Kimberly Grad,” says Payson, who stands ready to learn the best ways she can be of service. Payson also will serve as a Director of and Liaison to the Abbot Public Library Foundation.

In the coming weeks and months, as the library moves to its interim location and back, town residents may see below for critical dates in the process. The Abbot Public Library website will provide information on changes in real time.