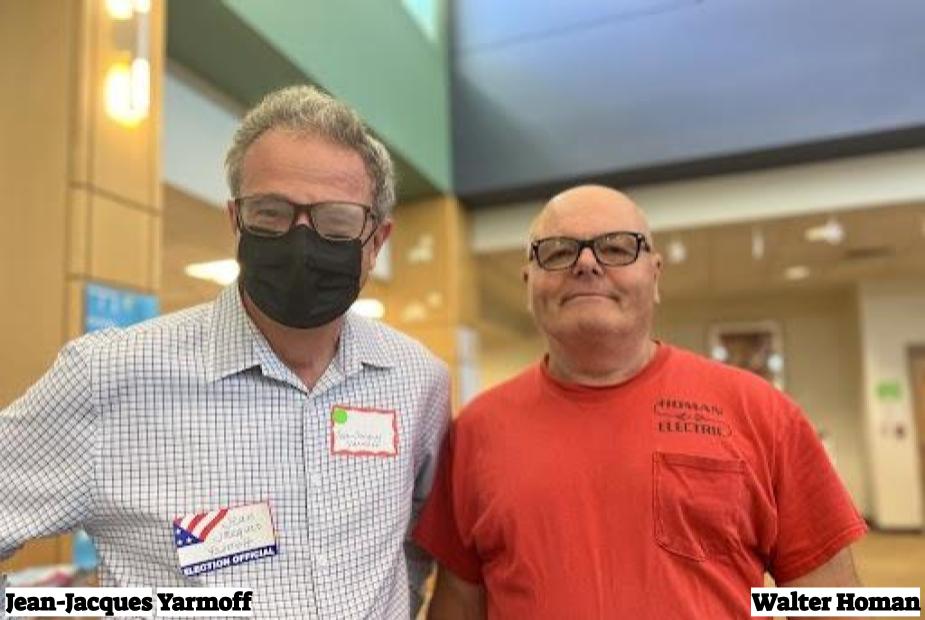 A Rocky Start to the Ballot Recount

1:40 PM UPDATE: After Marblehead Beacon challenged Town Counsel Lisa Mead’s decision to bar the media from taking photographs or video of the recount, we contacted the Office of the Attorney General. In the meantime, Mead reversed her decision and informed Marblehead Beacon that we could, indeed, take photographs and videos of the recount as it happens. Stay tuned for images and videos.

UPDATE: As of 1:35 PM, Precinct Five's recount was underway.

As the recount for the Marblehead Light Commission’s election results got underway this morning in the Marblehead High School library, the two candidates who came within 19 votes of each other (with Yarmoff besting Homan by 19 votes) watched. Each candidate looked on as two volunteer watchers per table observed the counting done by each of two poll workers per table. At points in the process watchers and poll workers registered confusion about the rules, requiring multiple interruptions for clarification by Town Counsel, Lisa Mead.

Marblehead Beacon was instructed not to take video or photographs during the process while ballots were on tables, but observed Town Counsel Mead and Yarmoff’s attorney, Amy Hirschkron, issuing instructions that were at odds with each other. “If there are two blanks, they should be read blank and blank,” said Hirschkron, to which Mead responded, “Well it’s up to the readers.”

At one point after counting began, Mead said sternly to the counting and observing contingent at the tables, “observers must stop interacting with counters now. Keep your hands to yourself.”

Yarmoff and Homan were both present, though Homan only had one poll watcher, as compared with the more than 14 Yarmoff had in the first round. Before leaving to head back to his work as an electrician, Homan noted that the recount resembled pandemonium, with those participating seeming lost at times.

A source close to Yarmoff shared with Marblehead Beacon that all their chosen poll watchers had been trained in poll watching by an elections attorney who'd volunteered for Yarmoff's campaign, and are well versed in the rules. She noted that the ballot counters had not received a similar training. Town Counsel Mead confirmed that, indeed, the only training the poll workers had received was the announced rules this morning.

Counting for Precinct 1 finished shortly after 11:30 AM.

Stay tuned as the story develops